I was 7 rides away from 9000 times on Radiator Springs Racers. I did not want to chance not getting those 7 rides today, so I came last night to get on the ride at least twice.

I left work at 5 pm and arrived at the single rider entrance of Racers at 6:50 pm. I was feeling a little nervous until I got on that first time. I met some nice ladies that recognized me. They wanted to get a couple pictures, which I always love taking. The single rider line got shorter, so I knew I could do at least 3 laps. On the 3rd ride, I was in a car with a couple families. They wanted to get pictures with me and their kids after we got out of the car. I was able to get back in line right before they closed the ride for the night. Four rides to reach 8997.

I met Ken and Sandra W. at 5 am, waiting to get in the 2013 D23 convention at the Anaheim Convention Center. We saw each other at panels during the convention and have been friends ever since. We’ve been to a few Disney Halloween parties and a friend of a friend of Sandra got us in Club 33. Dick Van Dyke was even eating when we were there. They were in the 2400 car and also the 7500 car. I think I’ve ridden the most times on Racers with Sandra.

I’ve been friends with Heather H., since we worked at HRTV together. Over 7 years now. Also friends with her mom, Dorise. Heather now works with the horses on Main Street in Disneyland. And at the off-site ranch, where they stable the horses at night. Saw her and her boyfriend Jon, in Orlando at the Star Wars Celebration. They mainly went to get a photo with Sarah Michelle Gellar. They may be bigger Buffy fans than me. But not by much.

Katie H., was one of the first cast members at Racers that I became friends with. We hit it off from the start. She and her husband Glenn even invited me to their wedding. Katie had to leave Disney because of back issues. But I still see her from time to time. Glenn still works in the parks. She always had the best hugs.

Carlene was also one of the first cast members I got to be friends with. By chance she was in the very first photo I got with the Racers crew. She is the only one who has been in every big lap car. 1000 and 2000 were by chance. But the day I reached 3000, she came in on her day off. We got in the single rider line. And she was in the front seat and me in the back. So ever since then, I make sure she is in the car. She is one of my favorite “sisters” at Racers.

I also need to mention my other favorite “sister”, Catalina S.. She came up to me a few months ago to tell me she would not be able to ride in the 9000 and 10000 cars. I knew immediately what that meant. She was pregnant. I’m so happy for her and Deane. They even told me they are having a girl before they told everyone. Catalina and Carlene have been my 2 buddies from the start. They really treat me like their big brother.

I went over to Disneyland and spent some time with my friends Lesa and Liz. I met them last night in the single rider line at Racers. We got a snack at Starbucks. We then went on Buzz Lightyear. I still have it. I scored over 1.4 million points. Liz and I then went on Hyper Space Mountain. And I did not lose my phone. I kept it in my tote bag.

I then caught up with Heather driving the Horse “Lucky” on the Main Street Trolley. She is getting pretty good with the horses.

I came back over to DCA at 2 pm. I went to Hyperion to say hi to Amos. I also got to say hi to Sarah P. Always great to see one of my Tower favorites. I guess now it will be Guardians. Back to Racers to visit with the crew a little bit. I got to see the 10,000 showing of DJ. They have a show several times a day in front of Luigi’s.

Found out Ken got stuck at work and will not be able to join us tonight. So I asked Glenn to join us.

Everyone showed up around 7 pm. We got on the ride about 7:25 pm. Heather’s boyfriend Jon took video with my phone. On the ride, Carlene and Heather had my Go Pro cameras and Sandra took a much of Selfies. My friend David will put together a video on YouTube. 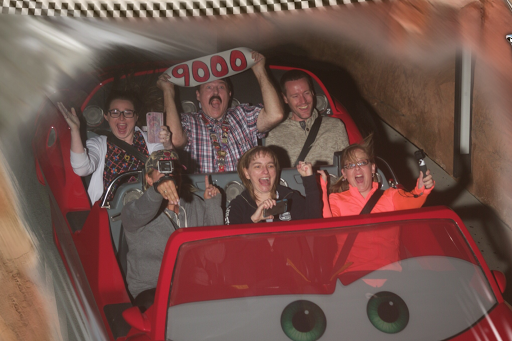 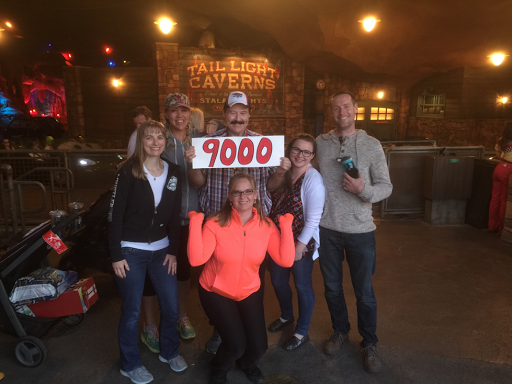 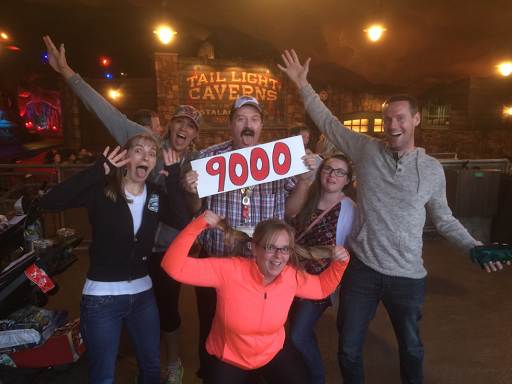 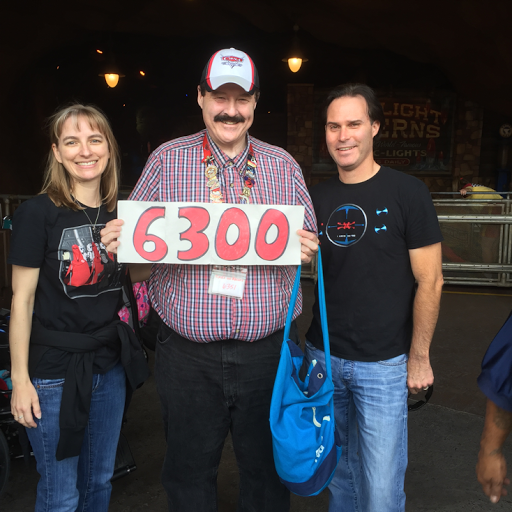 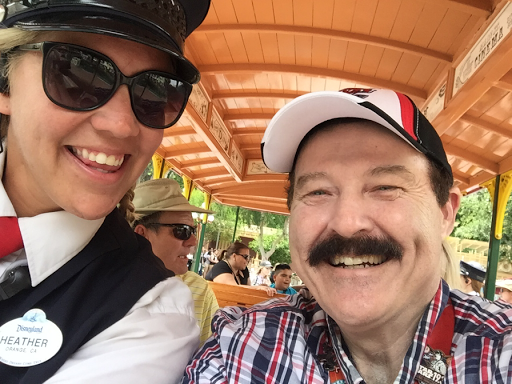 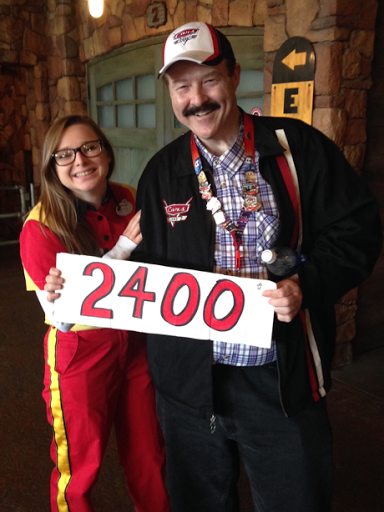 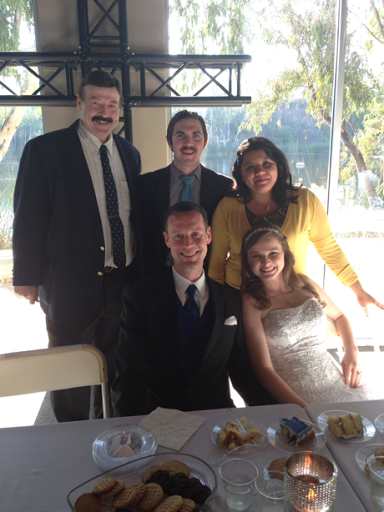 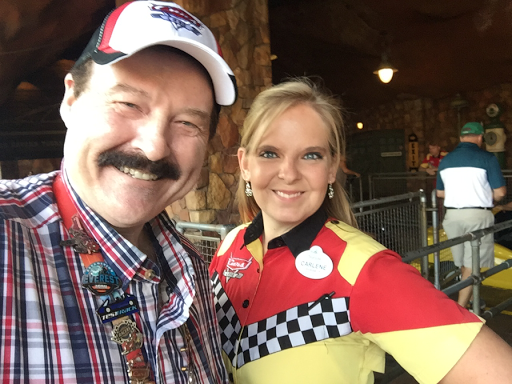 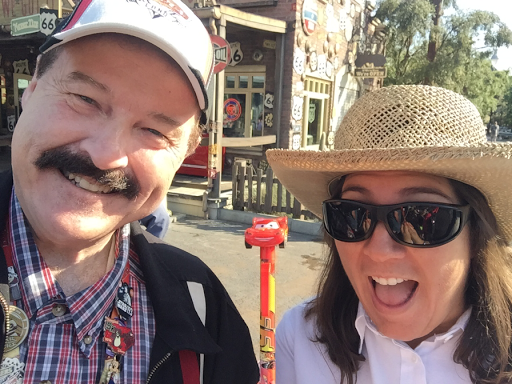 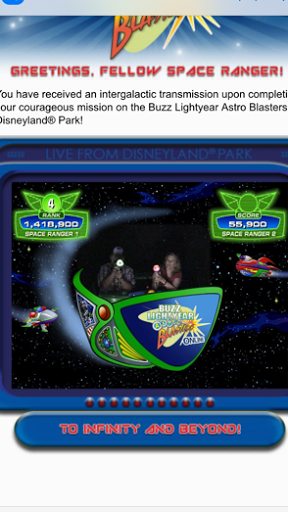 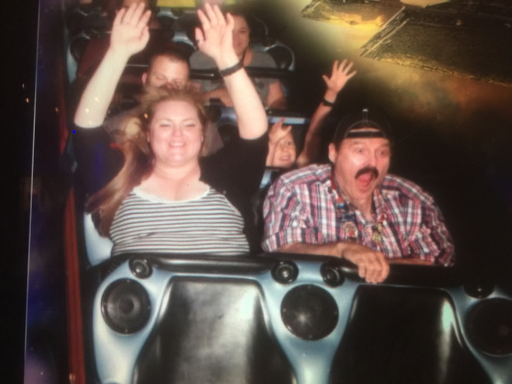 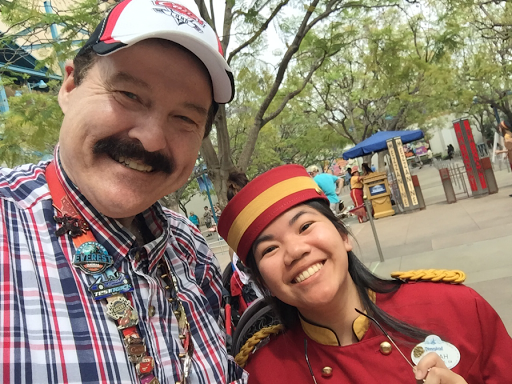 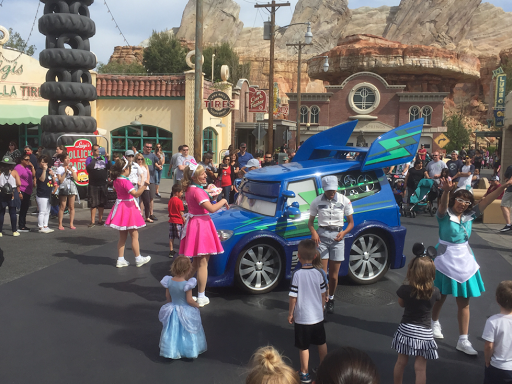