On Monday, I needed 22 rides on Radiator Springs Racers to reach the 9900 mark. Disney California Adventure looked like it could be crowded today. The lines to get into the park were long. Today will

By 10:14 am, I was on 5 times. The temperature was 93 degrees. I get the weather from the Weather Channel. They have a page for the Disneyland Resort. I got a selfie with Meli after the 5th ride.

I got in the car for the 6th ride, and the ride went down. Carlos (Racers Cast Member) blamed me. The bad car was in the caverns, after the race. It took 12 minutes to get the ride going again.

At 11:43 am, I took my first break. I had 10 rides for the day and a total of 9888. I went by to see my friend Amanda. She was working at The Studio Store. She was feeling a little under the weather but still took a selfie with me. I also saw Sarah at Guardians and got a photo with her.

Back at Racers at 12:09 pm. The ride was just coming back up after another single car fault. The temperature is now 101 degrees.

Then at 3:39 pm, another milestone was hit. Ride number 9900. It was special because I was able to ride with some new friends that just happened to be in the regular line. They wanted to ride. I waited for them at Single Rider grouping. And we won the race in Purple 2 on Ramone’s side of the track. 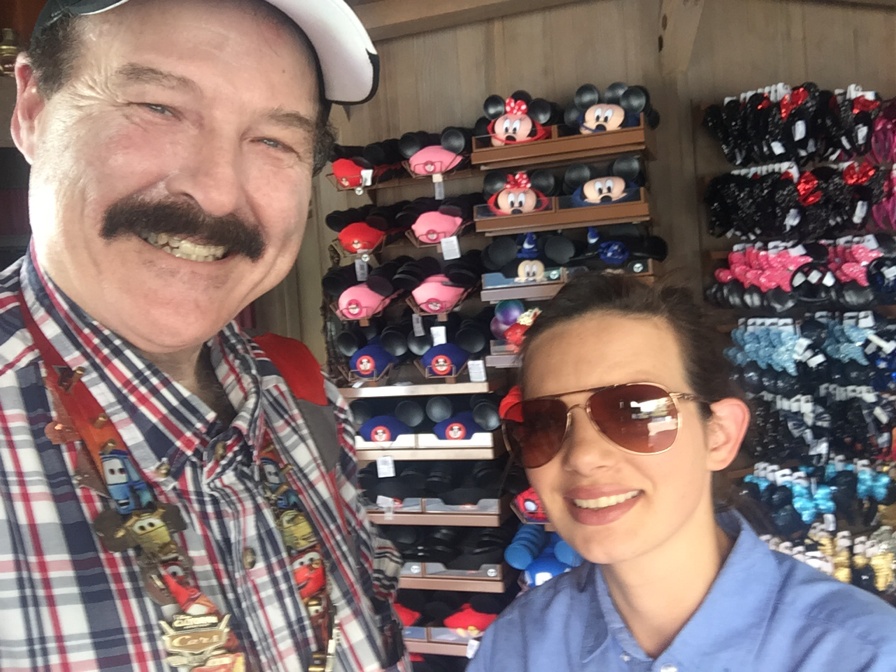 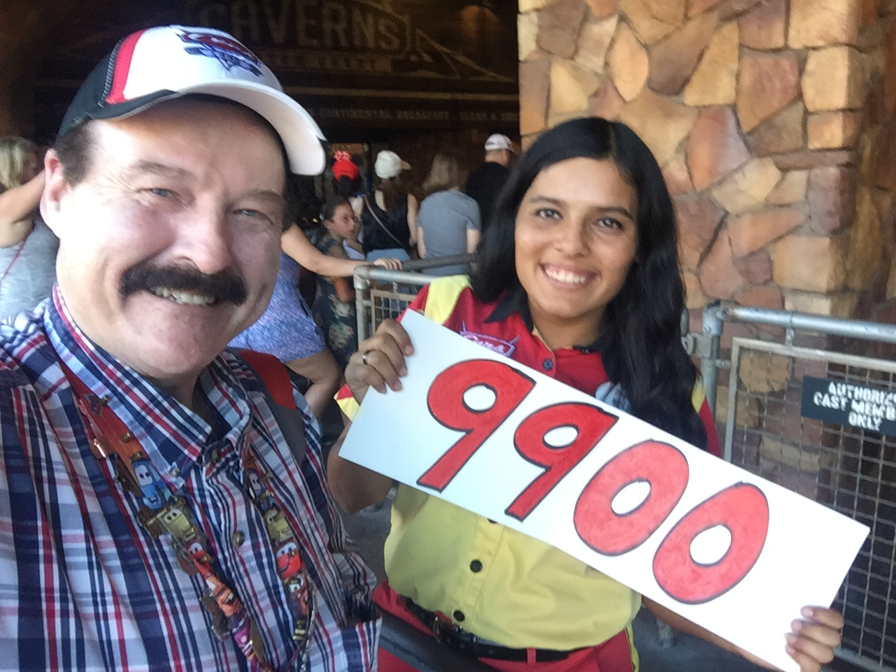 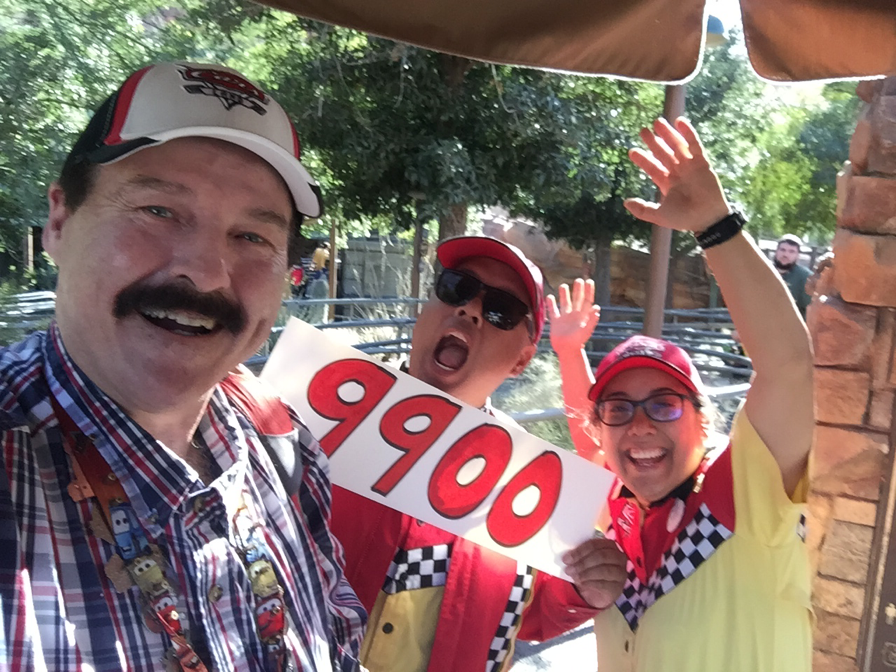 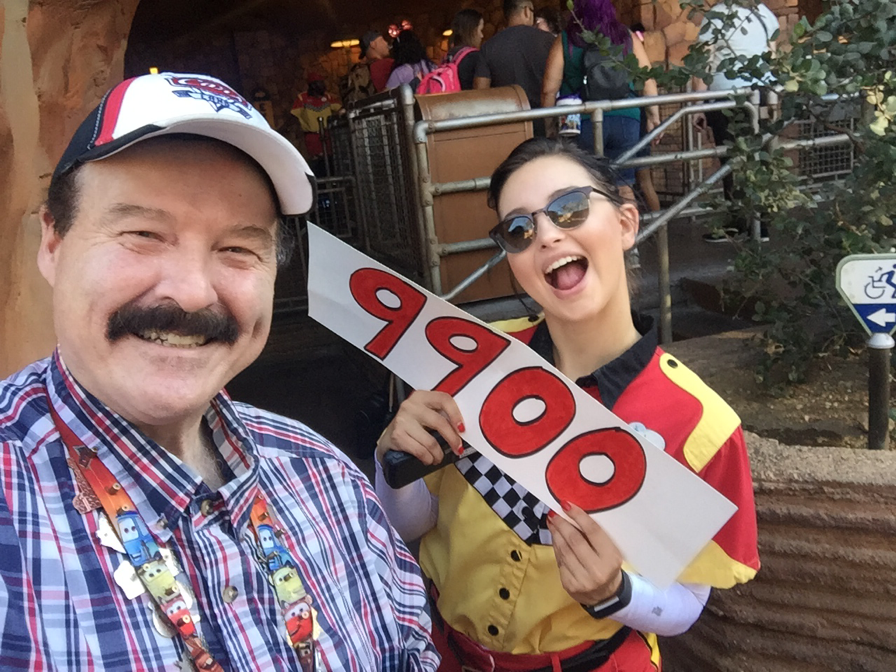 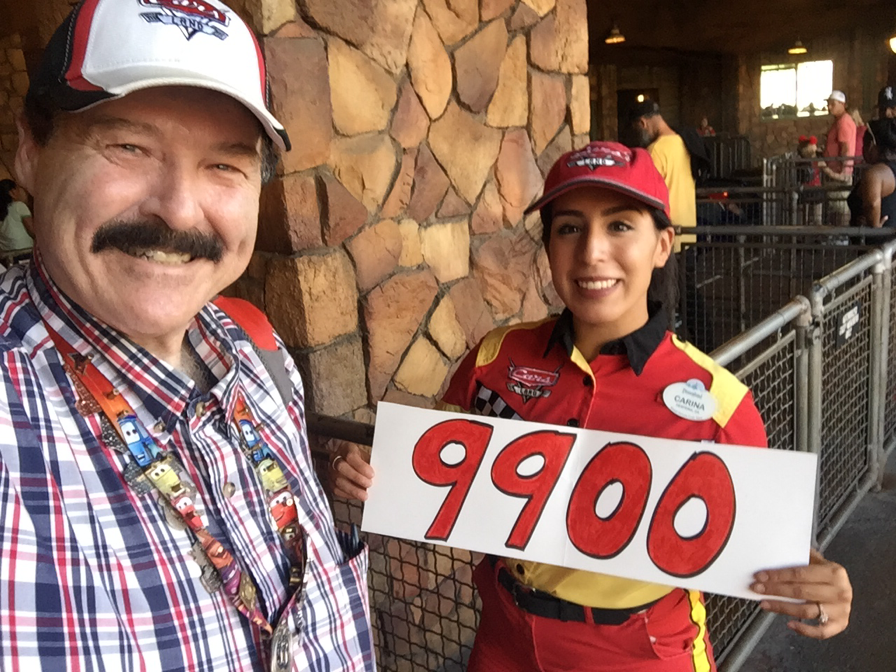 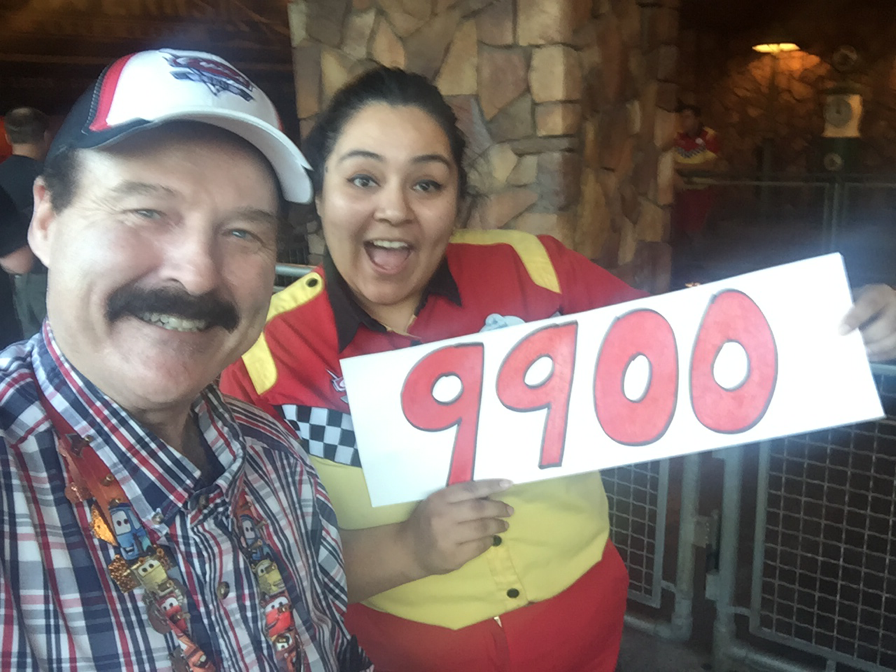