I started the day at Disneyland. I went to go see my friend Heather Frost. She works in the Horse Trolley on Main Street. I’ve known Heather for a few years. I was a groomsman at her wedding. I’m even going to Disney World with her and her husband Jon in January. While I was waiting for Heather to come on stage, I got some photos with some Disney Characters. Mickey Mouse was shocked by my Racers number. I also got photos with Daisy and Goofy. I went on a ride with Heather and “Holly” down Main Street and back.

I went into Disney California Adventure around 10:30 am. I got on Guardians of The Galaxy: Mission Breakout a few times. I also saw Sarah Glovin. I asked her if I could ride with the cast members on Tuesday night. I also got a 300 photo with her.

I went on Radiator Springs Racers 5 times during the day. The ride had a few downtimes. I met my college friend Jerry Johnson and his wife Kim. Jerry is a fireman with the City of Los Angeles and Disneyland was allowing them to come in free. We were able to ride Guardians and Racers together. It was great to catch up

I again went inside Disneyland first. This time I saw Heather and Jessica Gonzales. Jessica used to work at Racers. She now works at Indiana Jones and the cars on Main Street. I went inside the Star Wars Launch Bay at 10 am. I got a photo with Rey. She was very kind. She thought my sign meant I was done kind of pilot. She also thanked me for joining the Resistance.

I got over to DCA at 11 am. Racers went down for a few hours and I only got on 9 times to bring my total to 10,426. I took photos with my Pit Crew friends during the stoppage times. I arrived at Guardians close to park closing time. I made a 313 sign. Not only was it that time on the ride but The Fortress has that number on the back of the building. Sarah organized the cast members to ride with me. After the 313 ride, she asked if I wanted to do a “No Show” ride. That is a ride in total darkness. No audio, video or doors opening at any time. It was pretty cool. I thanked them all for letting me ride with them and Sarah was setting it up.

The cast members are truly my Disney Family. Whether it be Racers, Guardians or every cast members throughout the park. 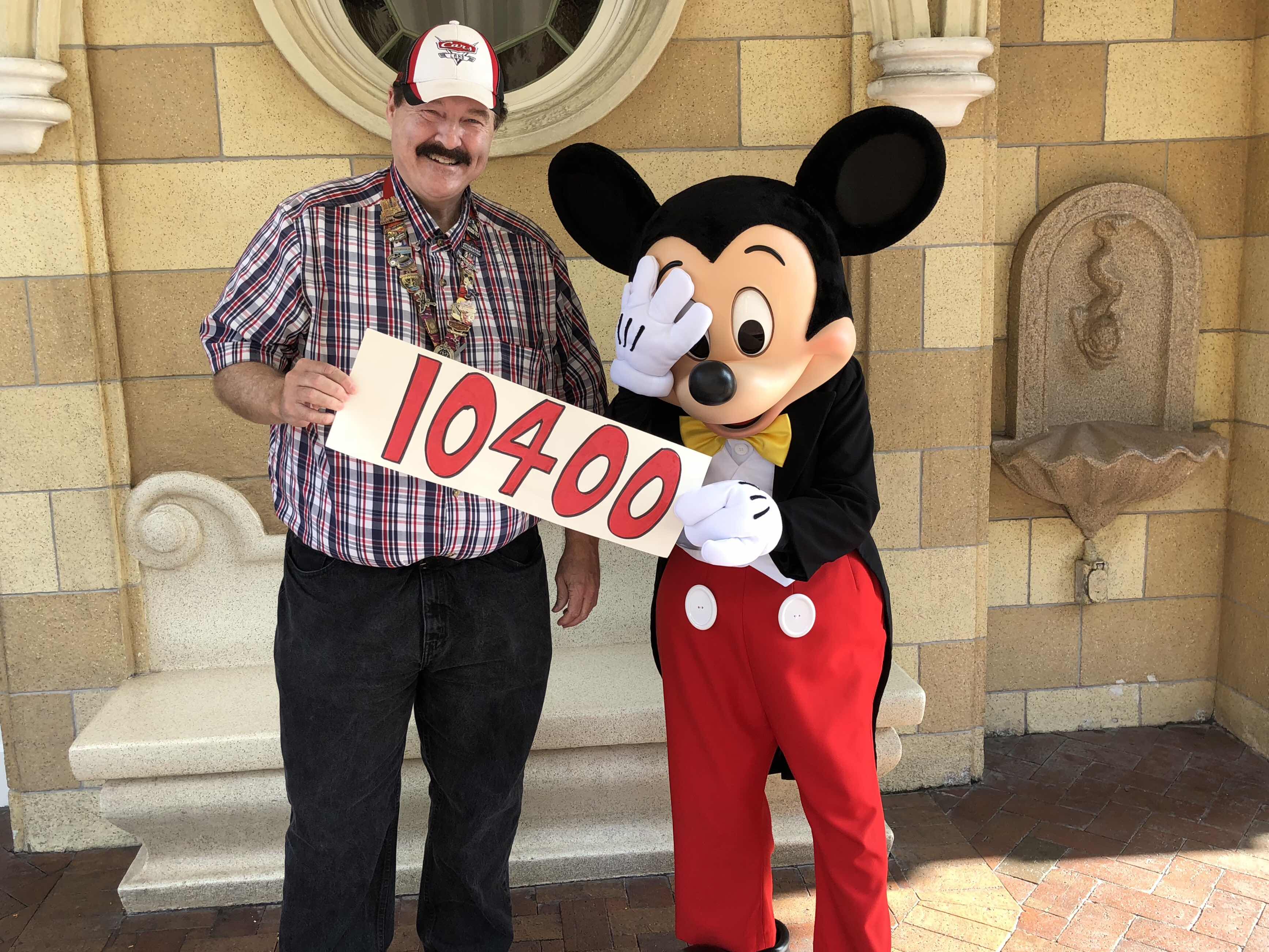 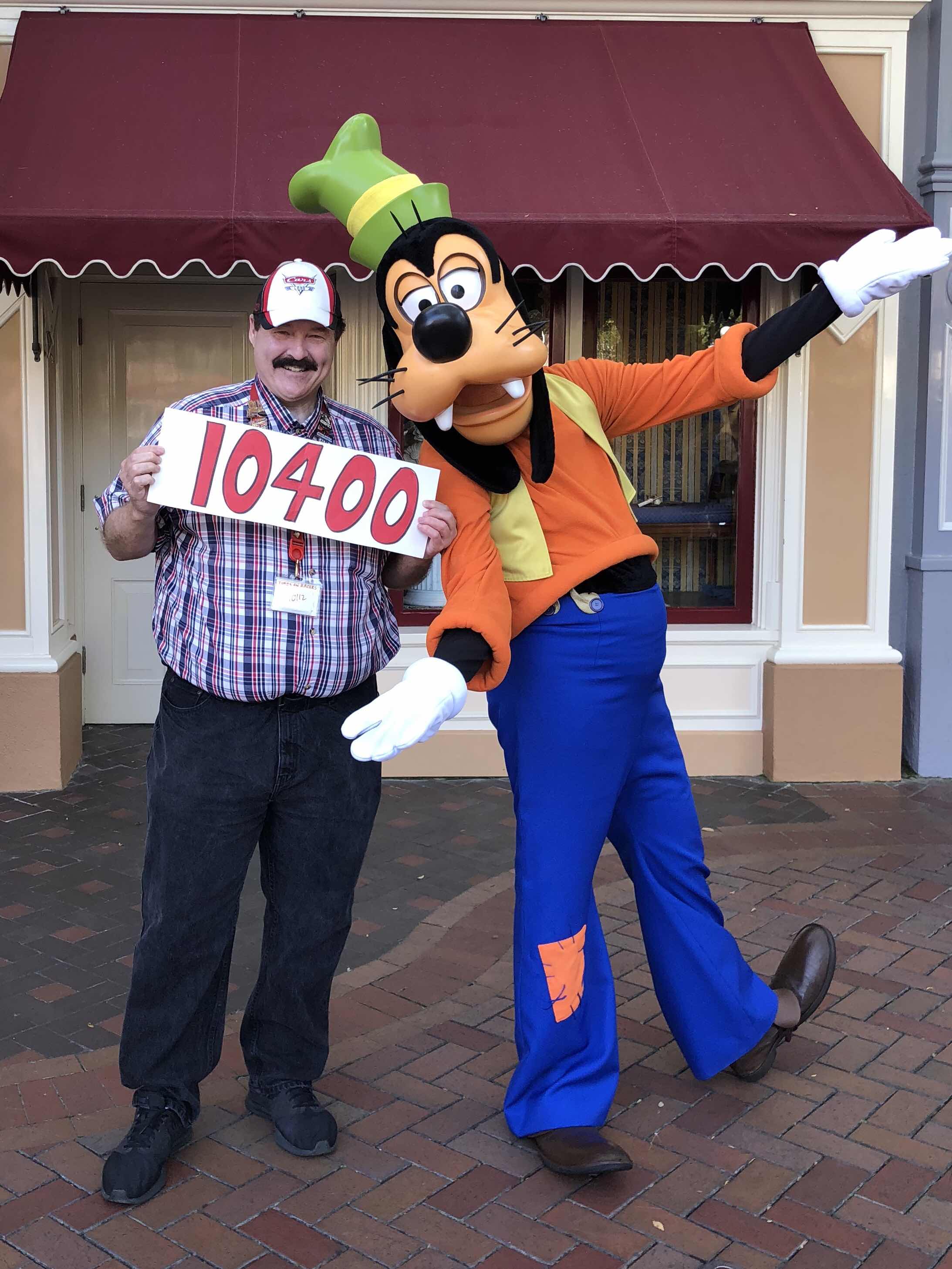 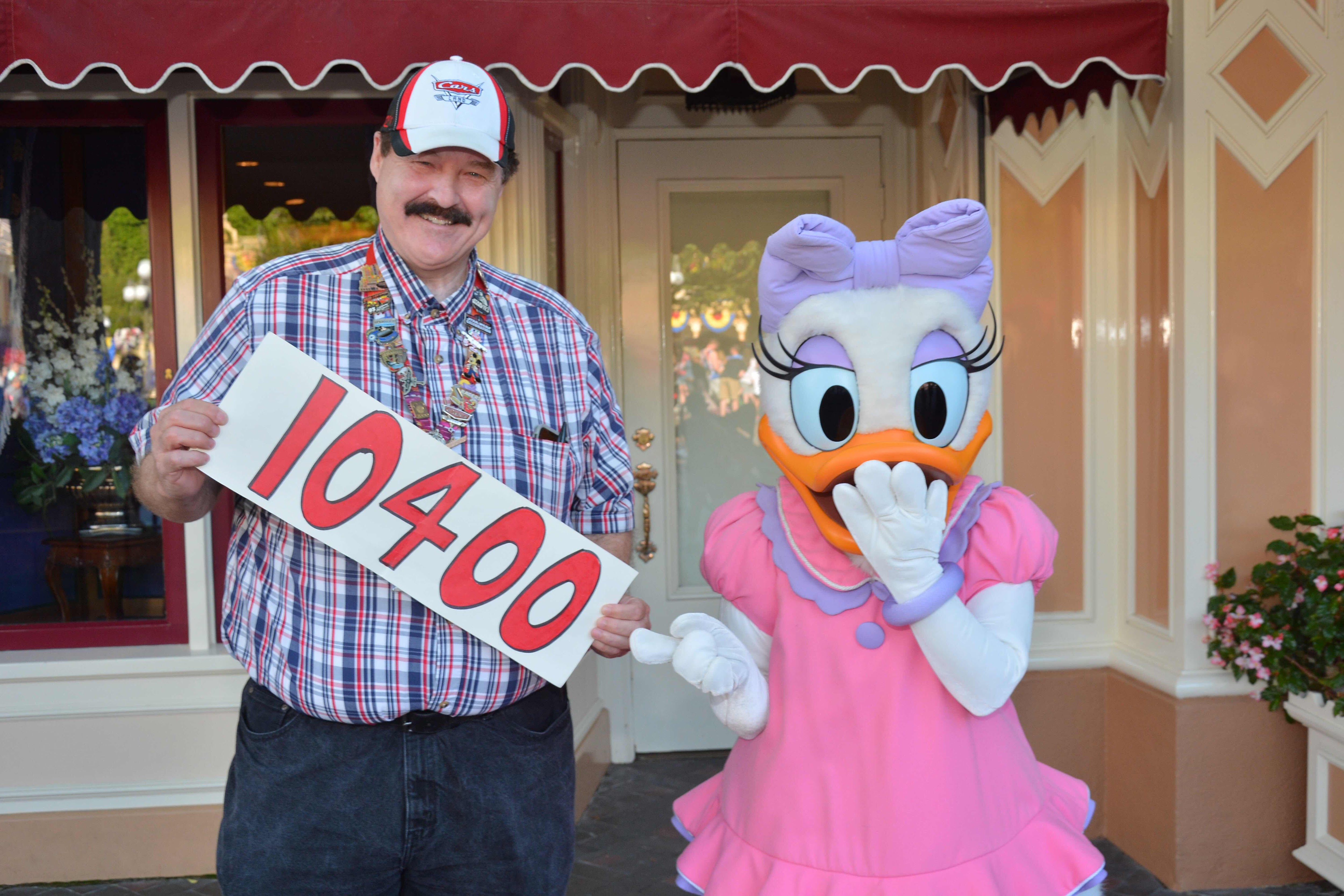 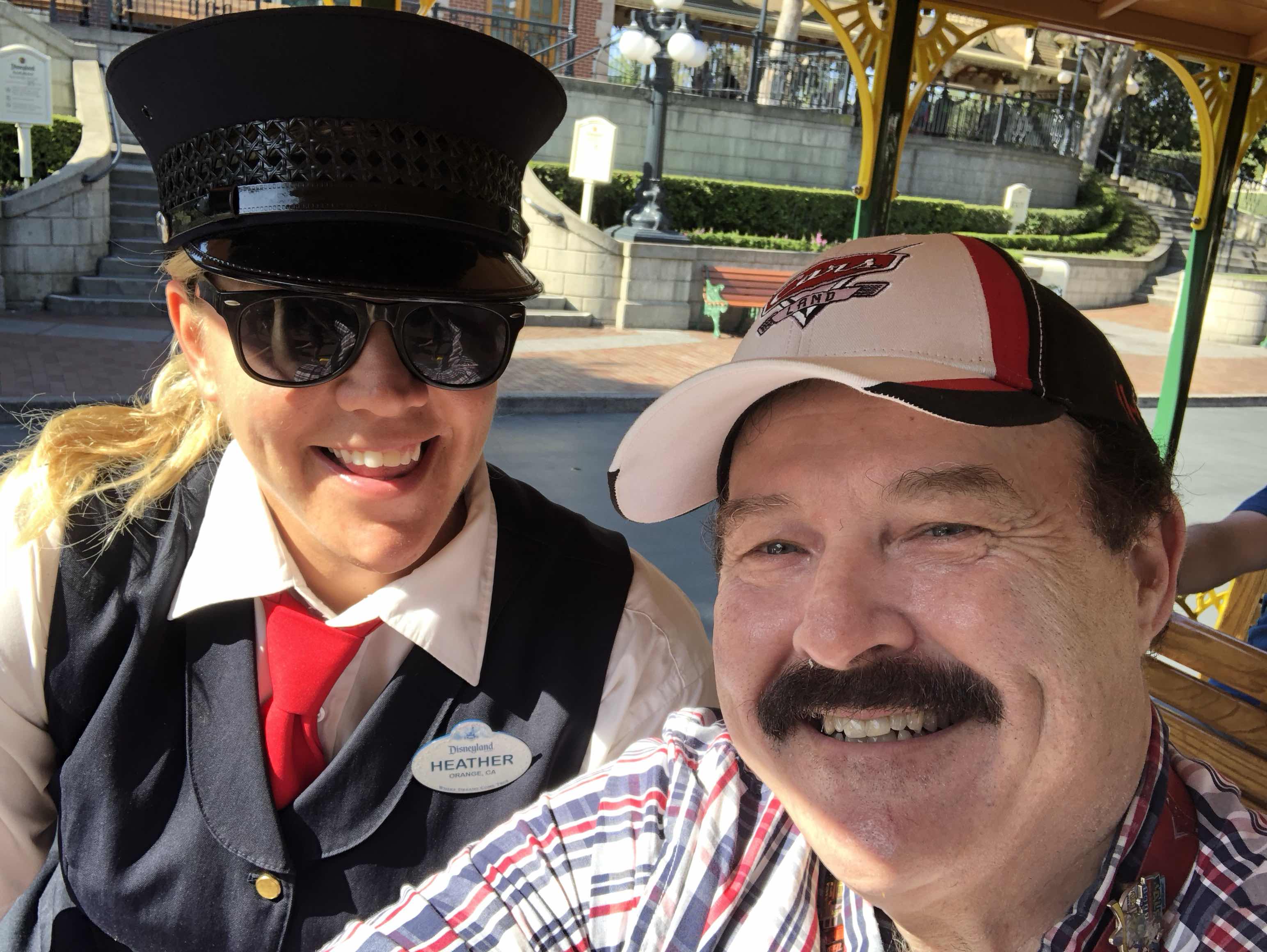 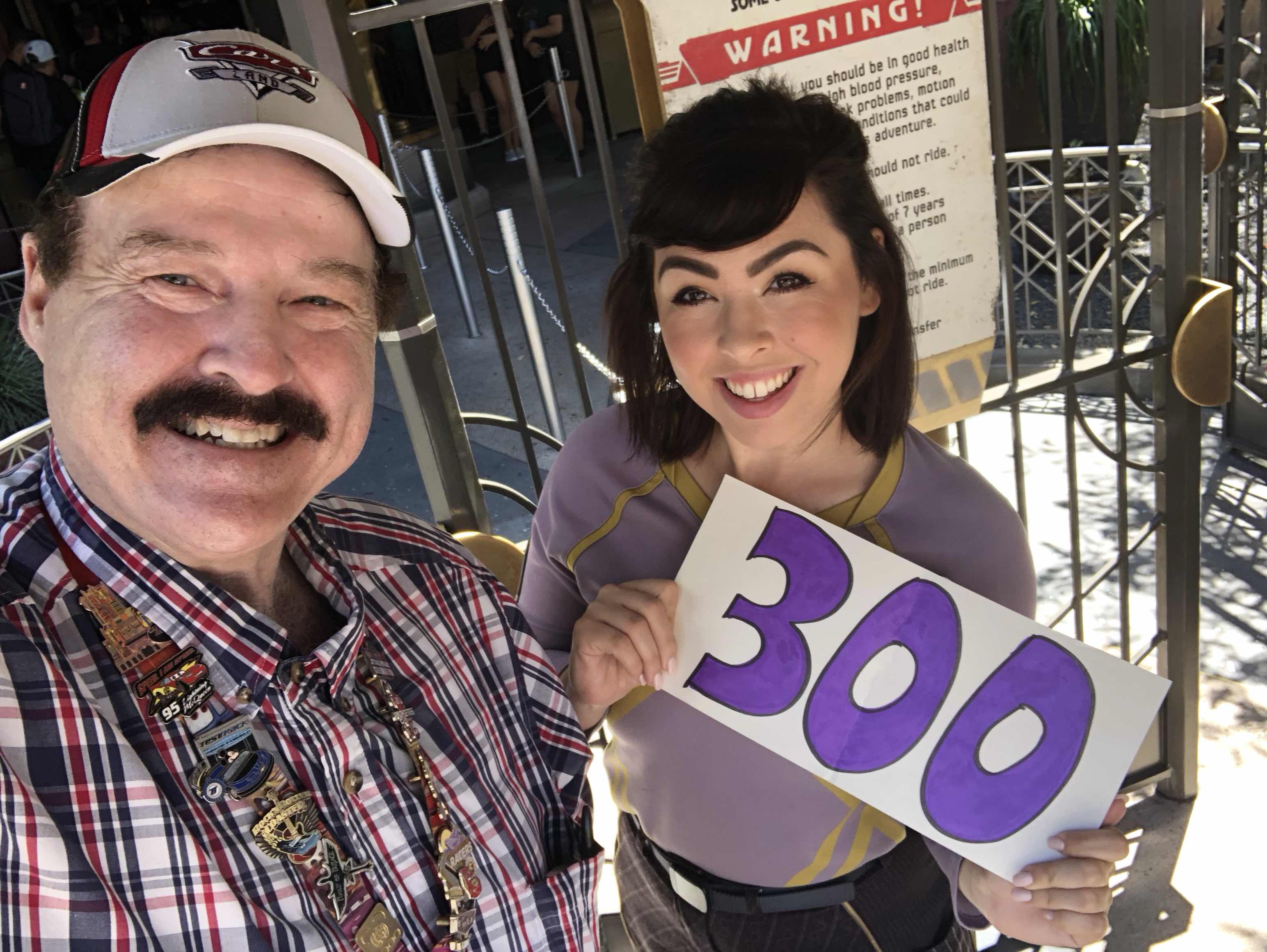 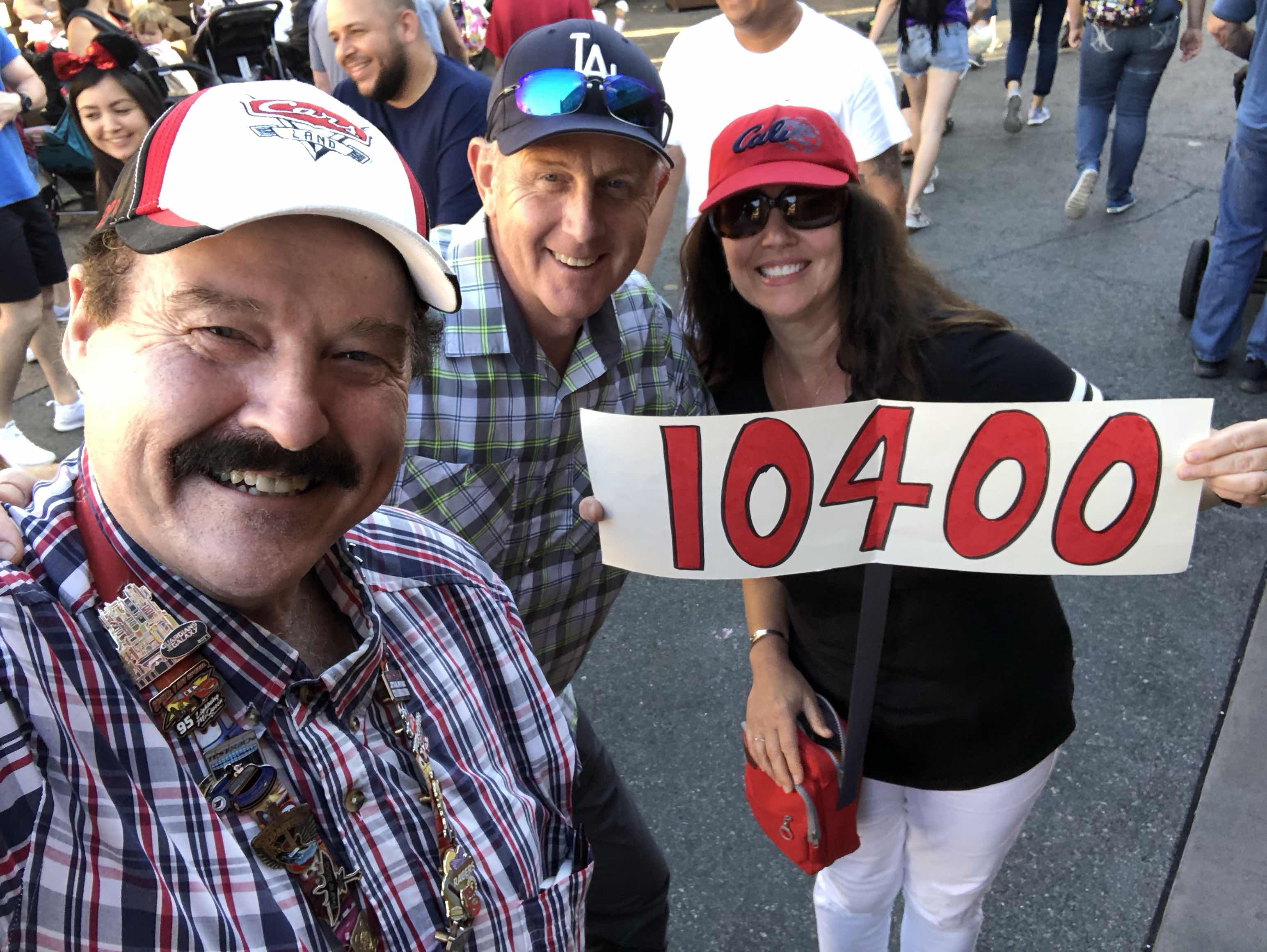 Jerry and Kim on Guardians 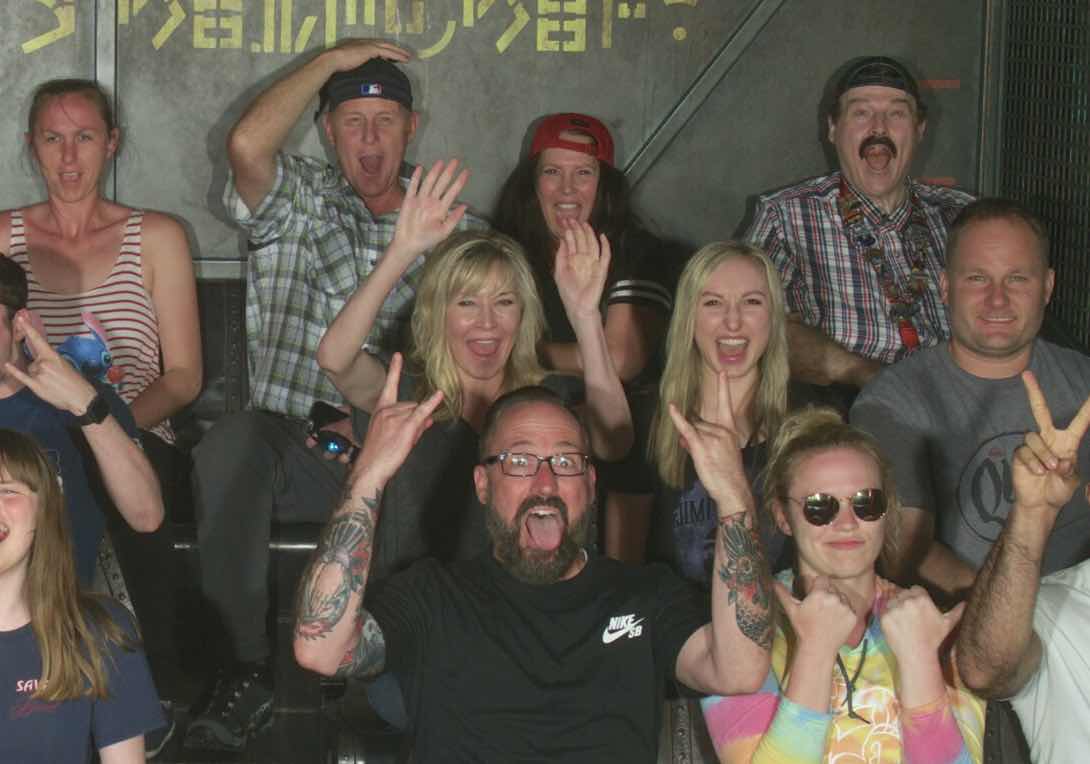 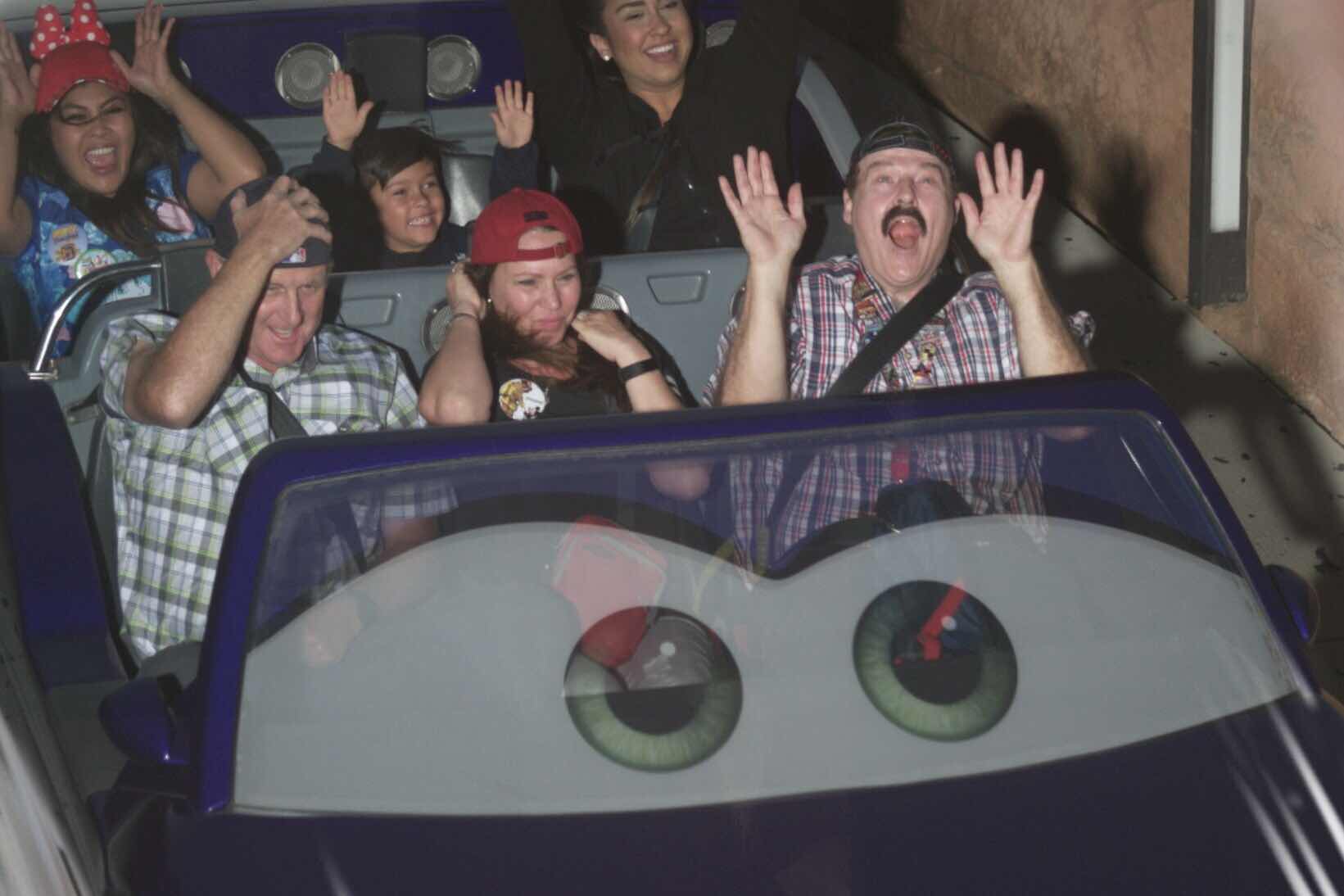 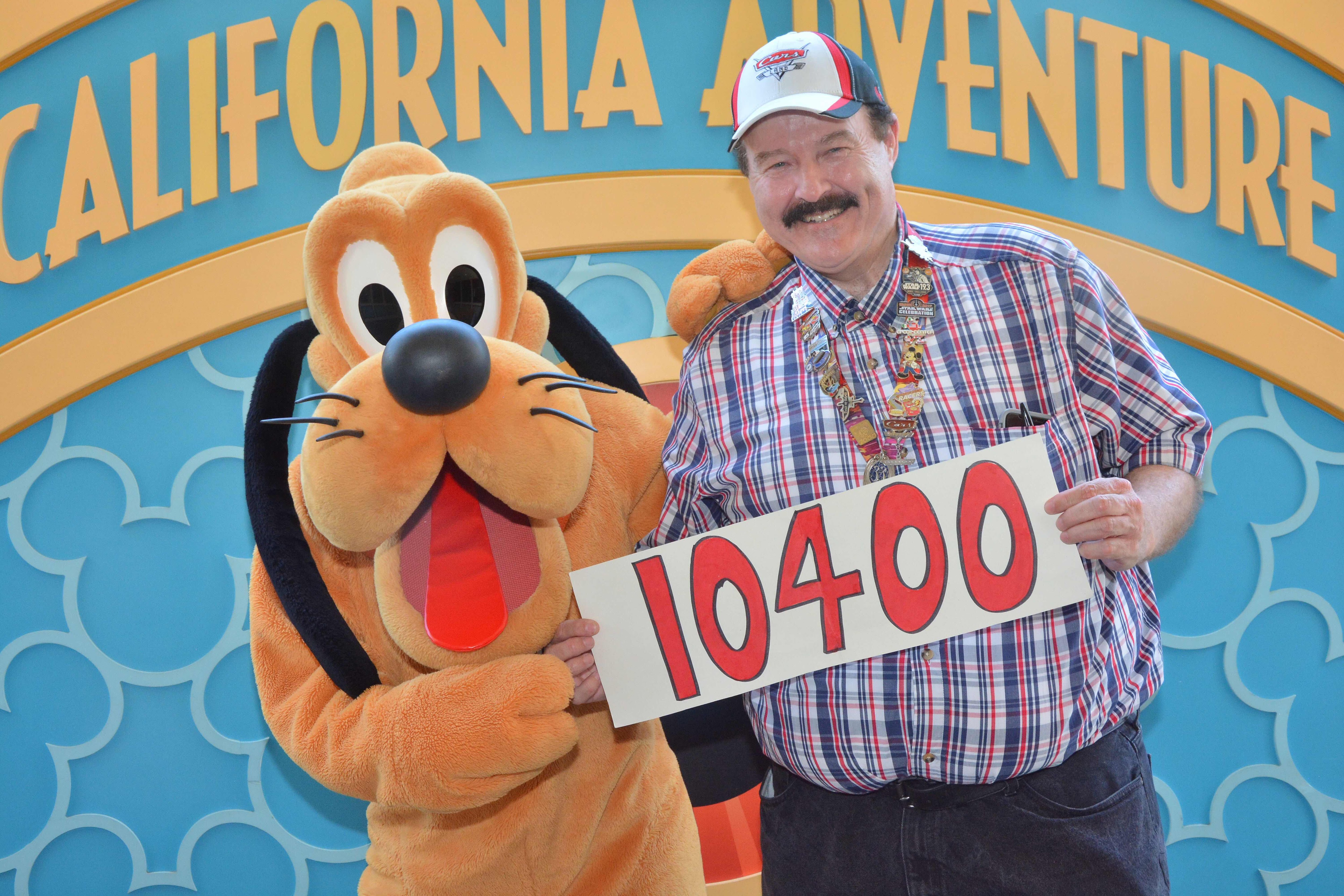 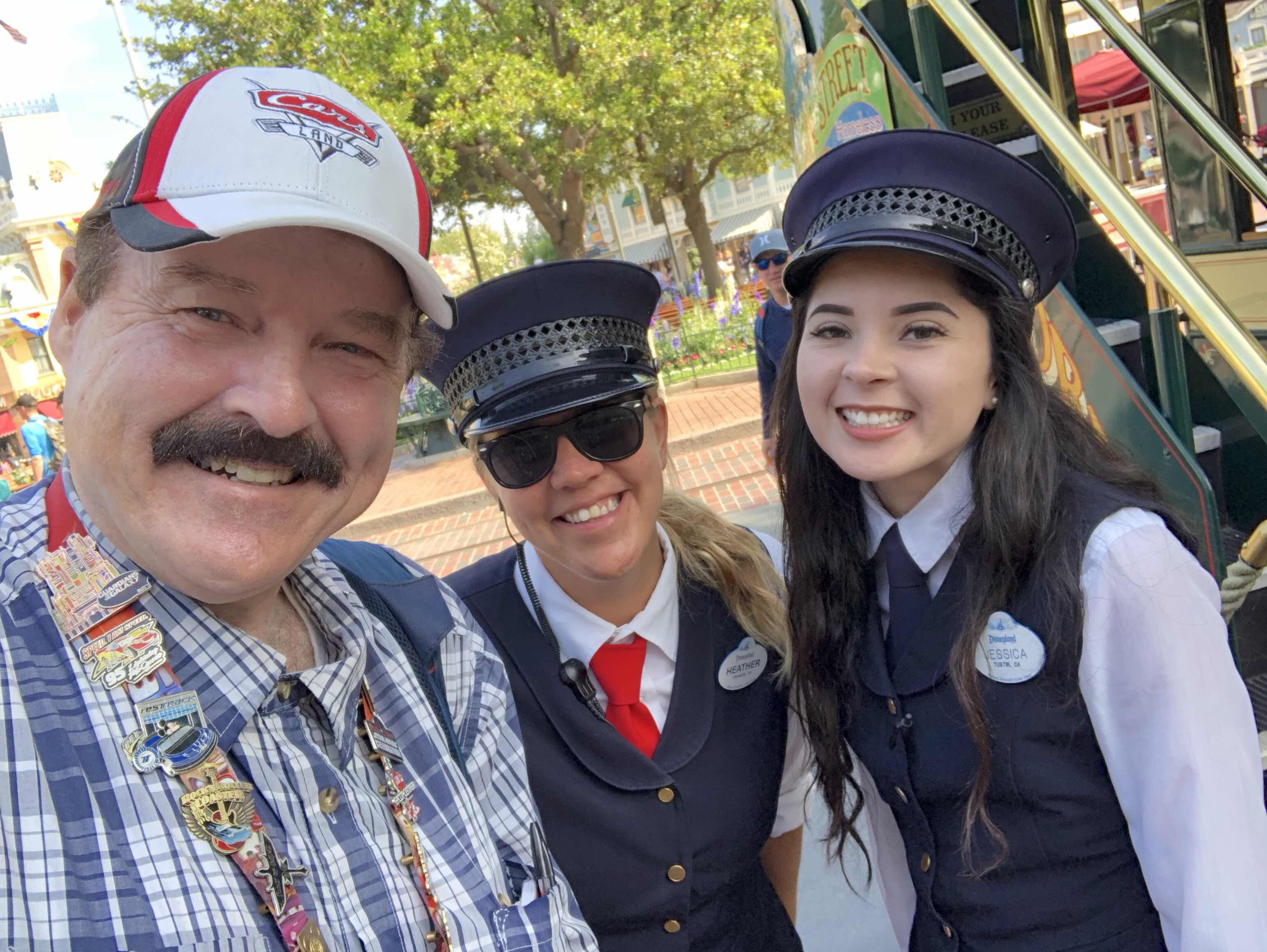 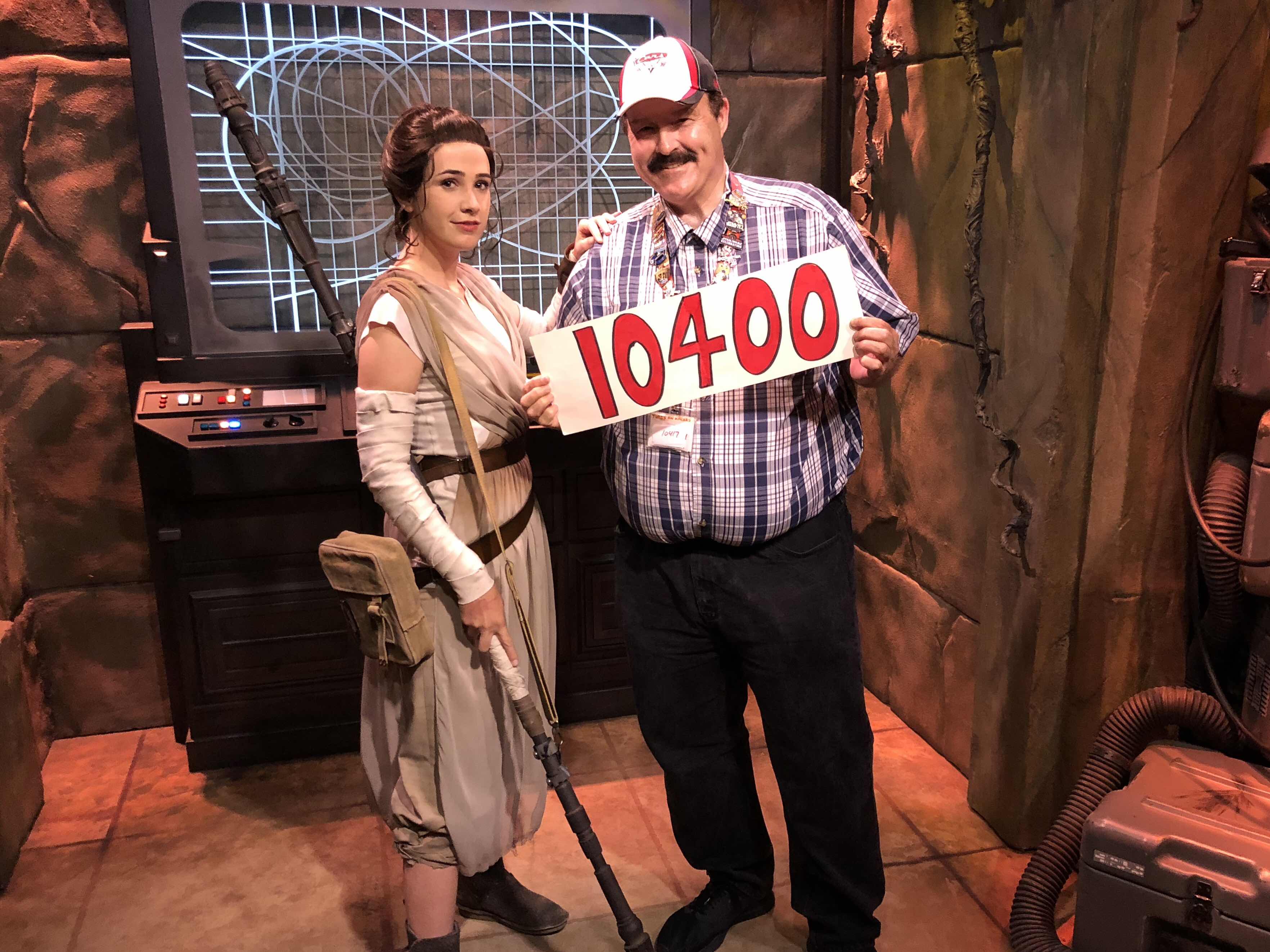 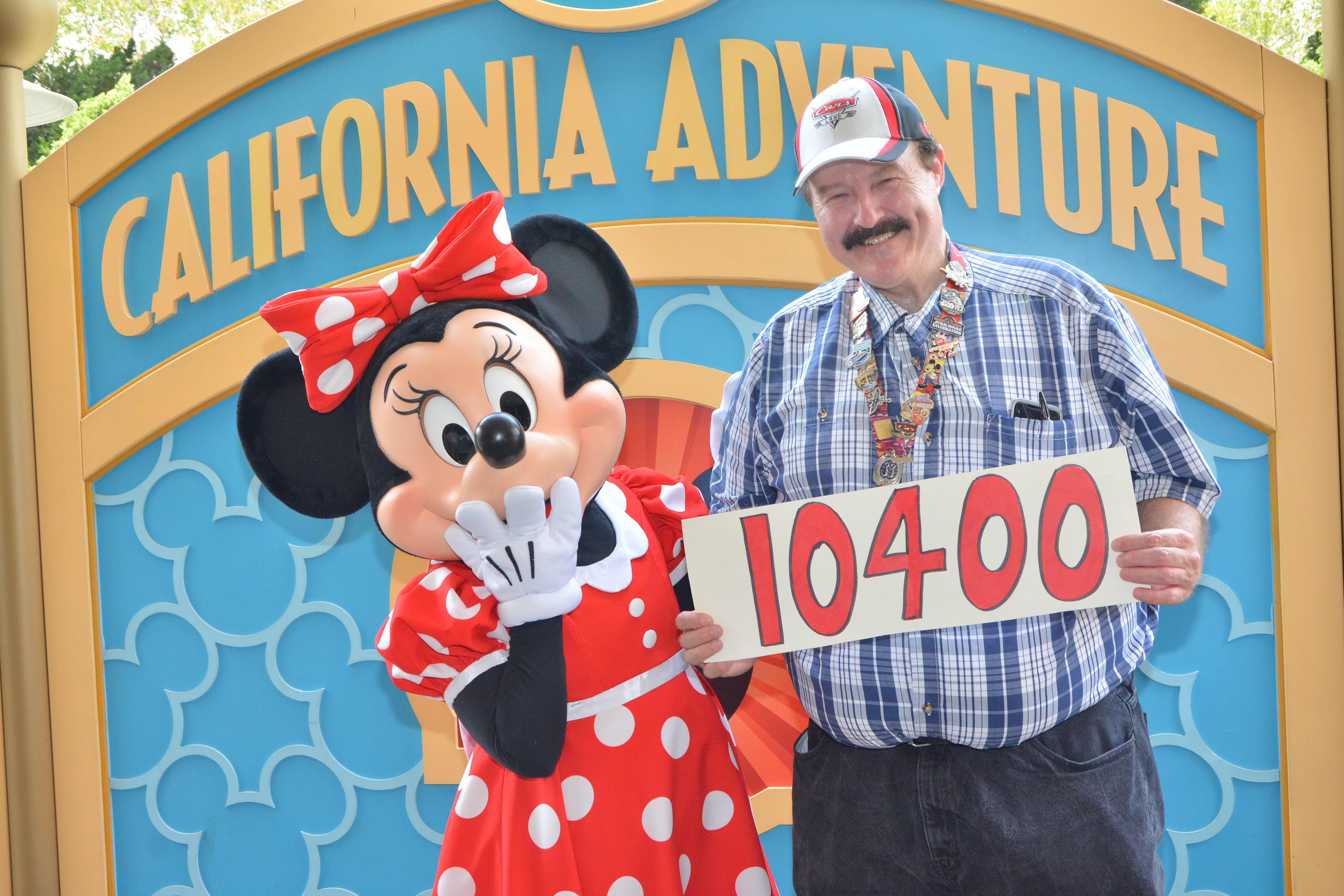 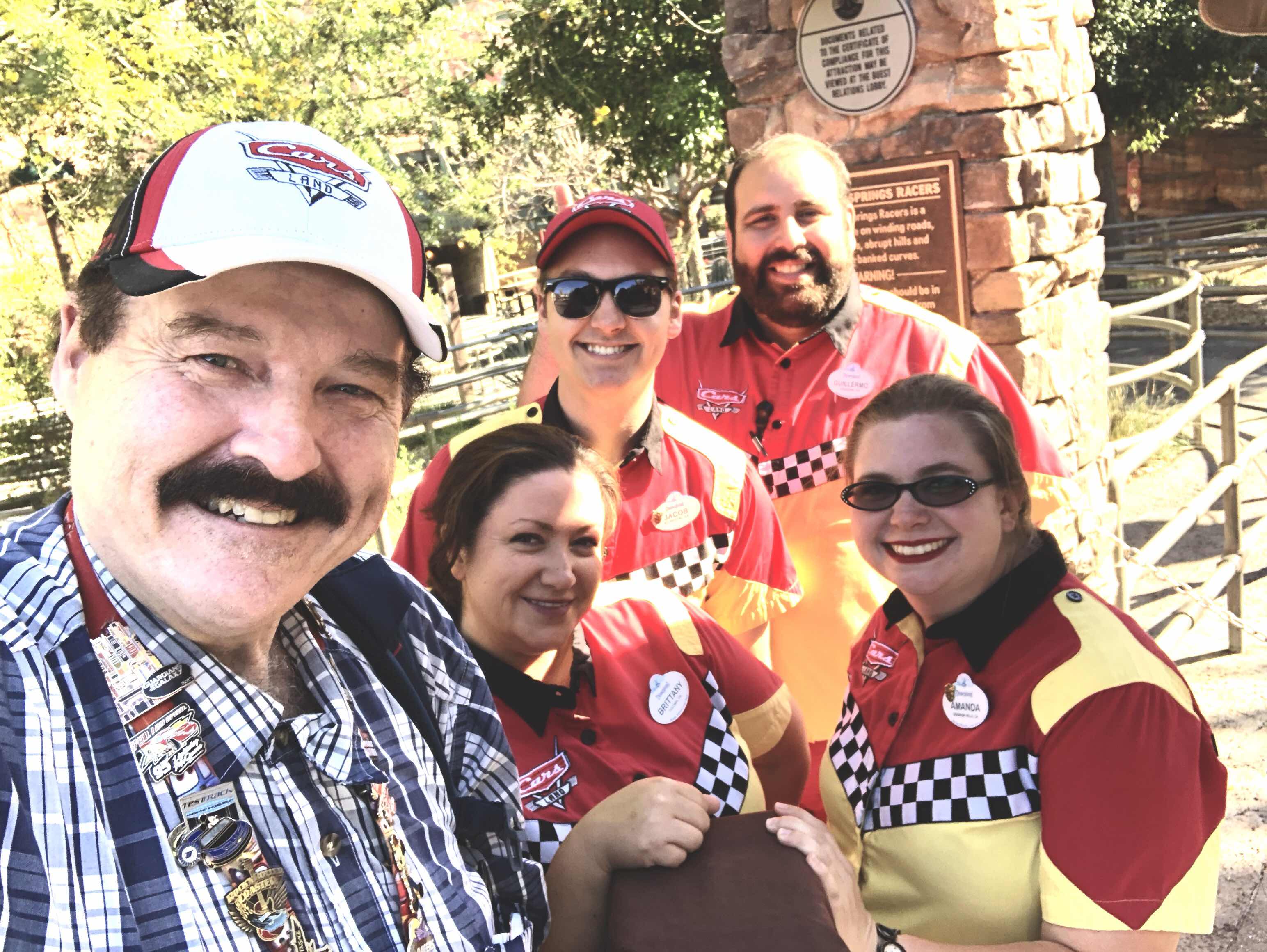 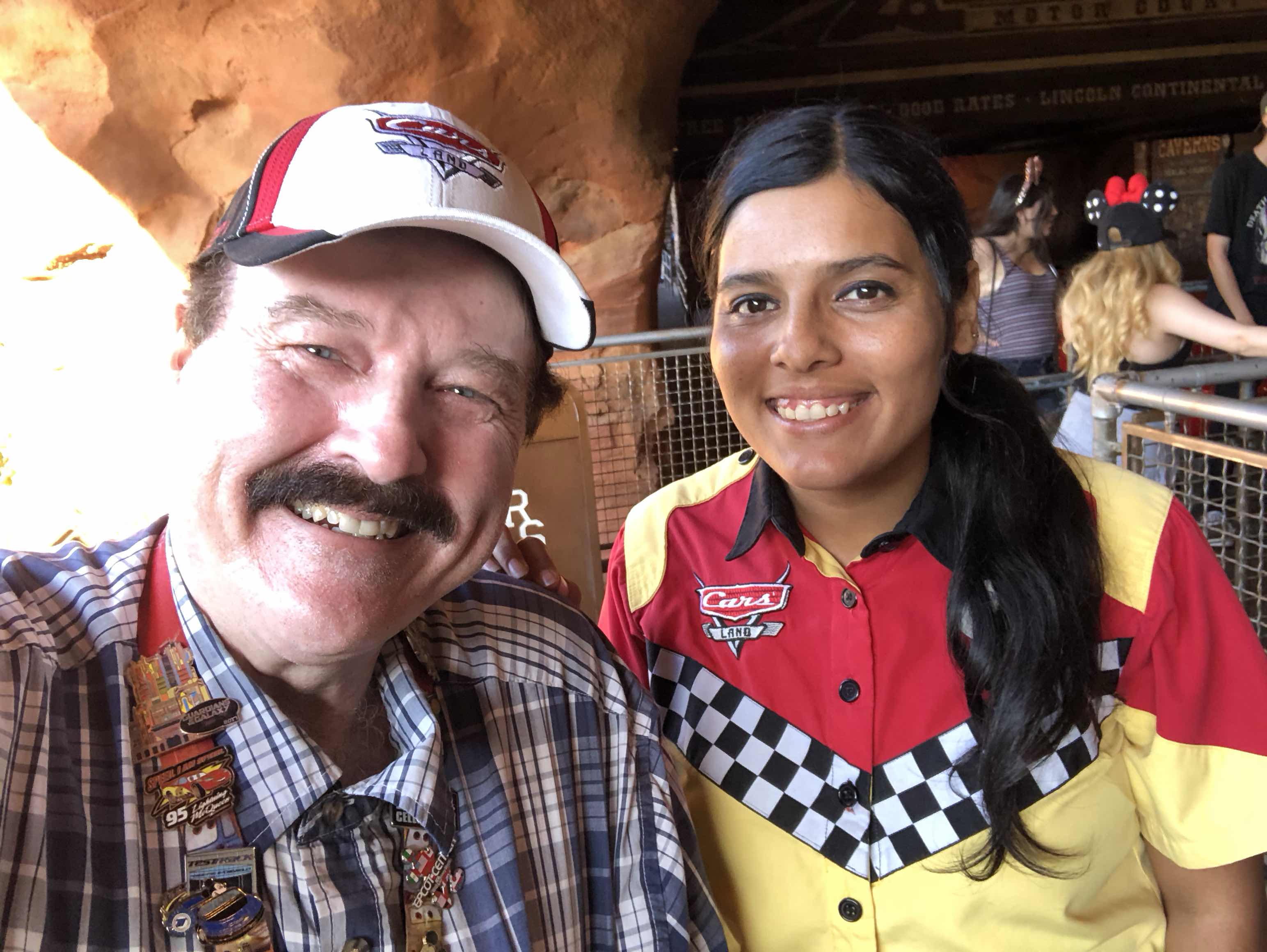 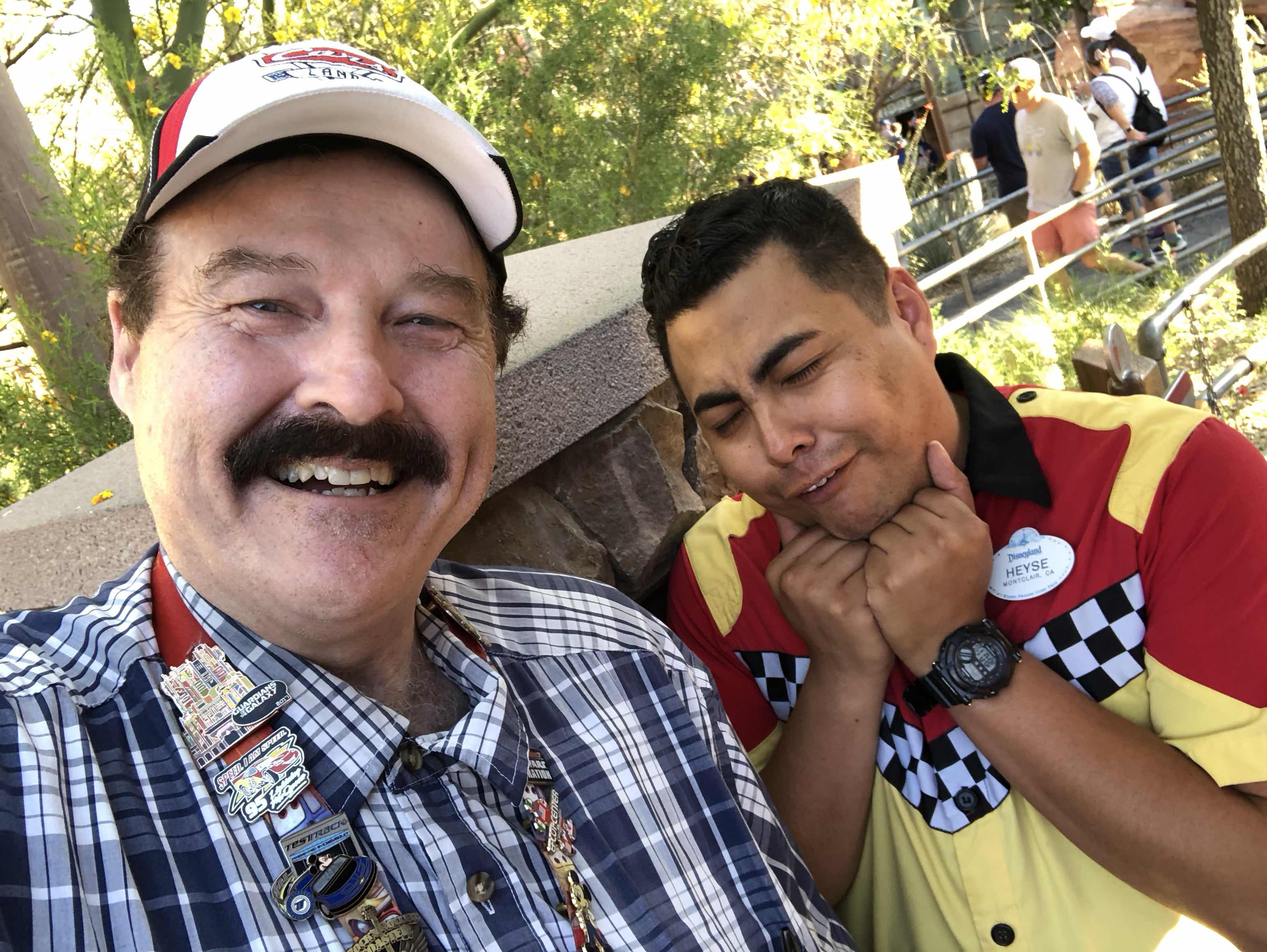 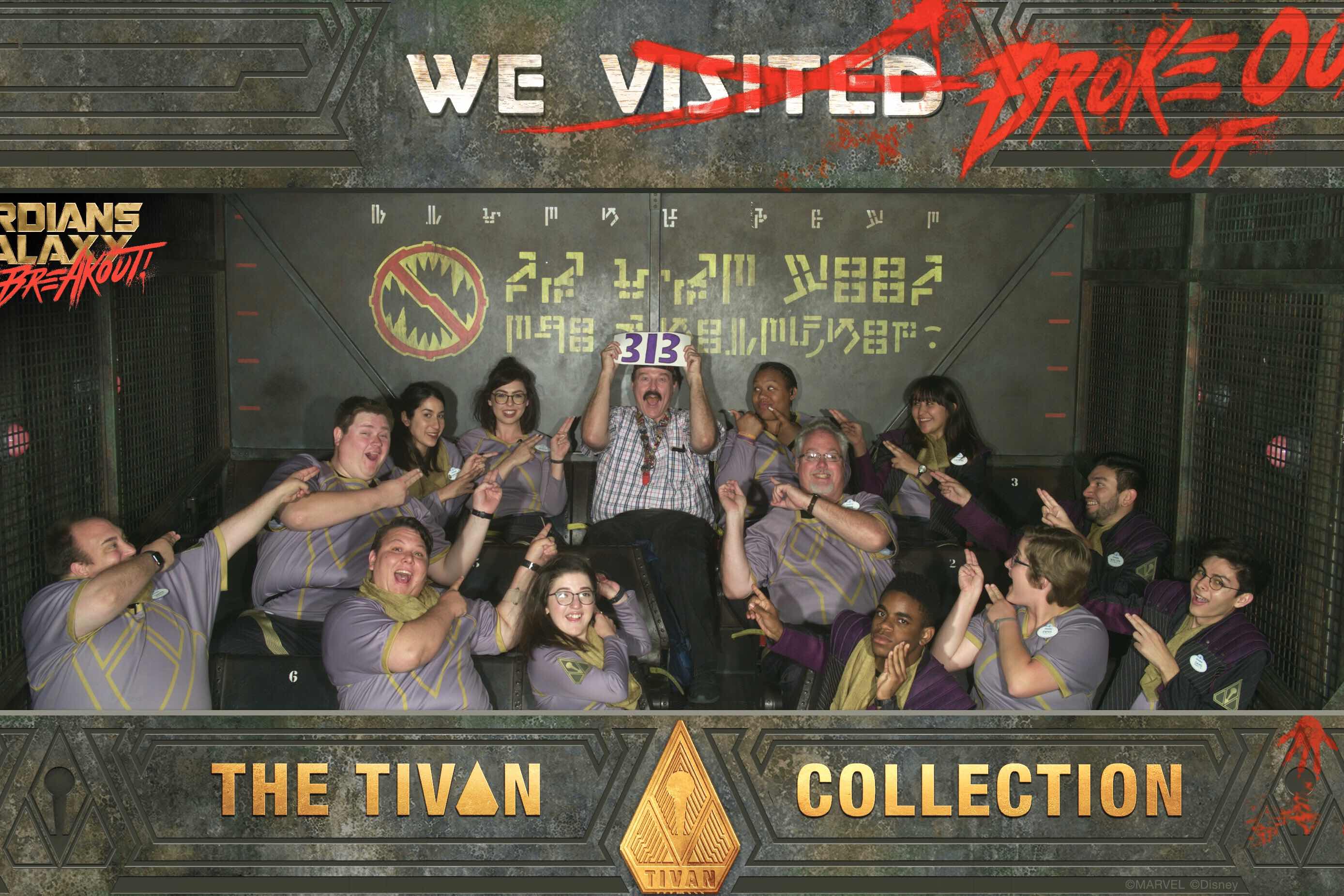 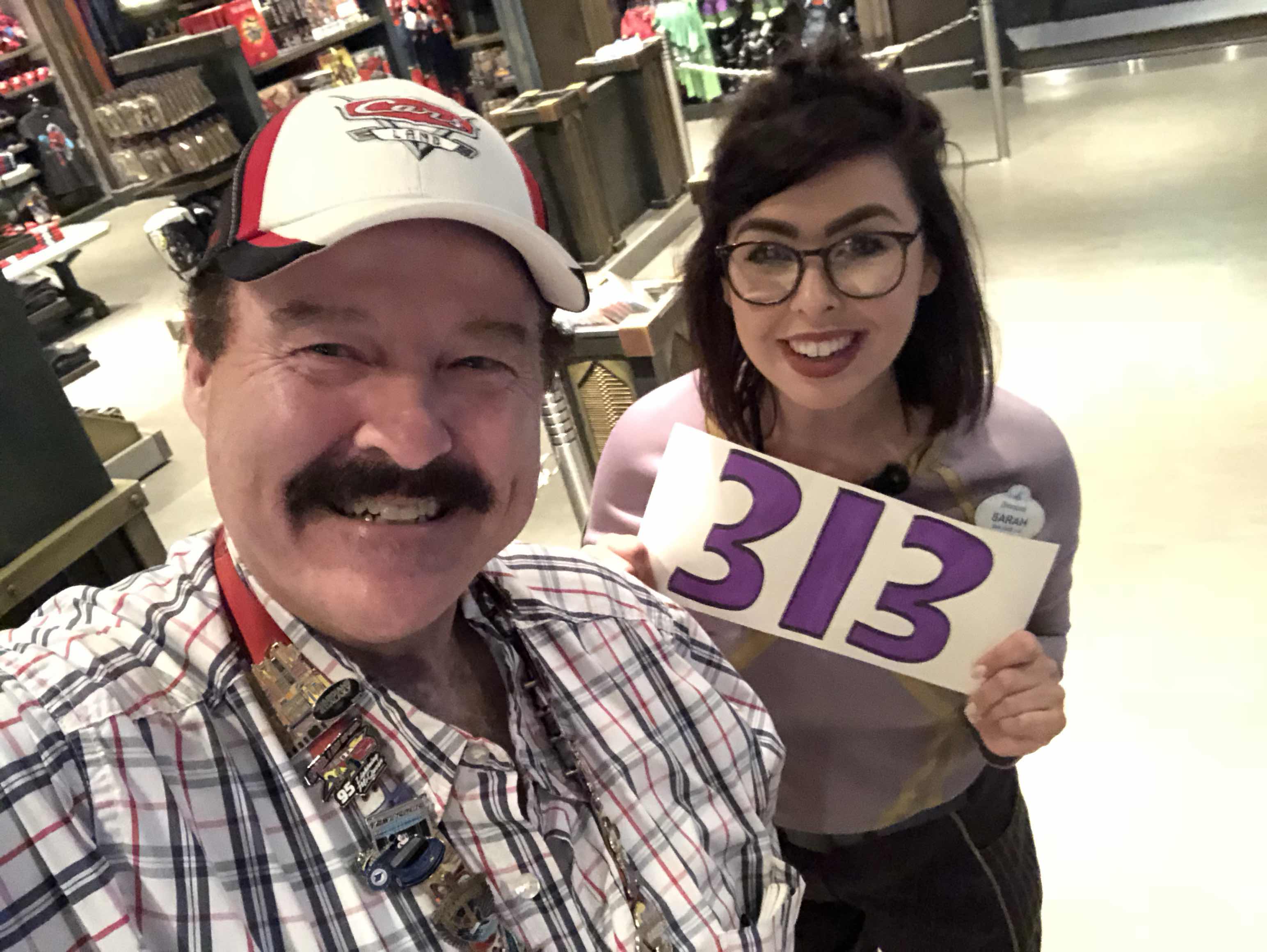 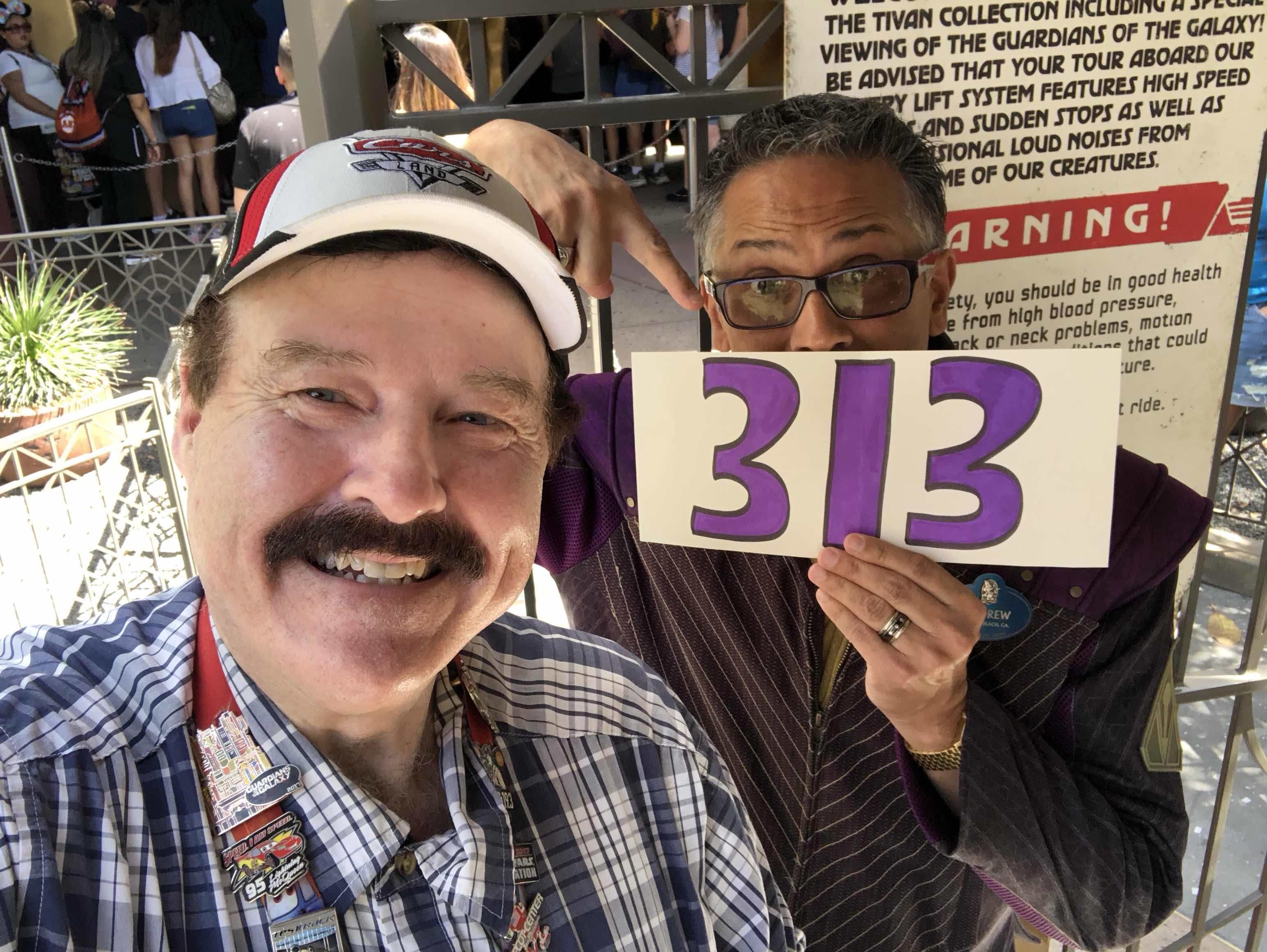