My friend Krystle M. Took me to the Property Store. This is a store for cast members. But they can take their friends with them. The one in California is called Company D. The one here in Florida is at least twice as big. I got a couple shirts and stuff for friends back home. I got to Animal Kingdom at about 11:15 am. I was able to ride Flight of Passage for the 6th time. It is such a great ride.

I arrived at Epcot at 1:45 pm and headed straight to Test Track. I got on 12 times to bring my total to 68. I was able to visit briefly with a couple of my friends that work the ride. Jessi W., Katie S., and Kat. I also got a photo with the original car number one. It is off the track and on display. I took the bus to watch the Magic Kingdom’s Happily Ever After Fireworks. It was pretty good. But it was also very packed.

I ended the night by going to Disney Springs. It is Florida’s Downtown Disney. But about 3 times as big. I got some pins for my friends at the Disney Pin Trader Store. As I was walking to catch the bus, a girl yelled out my name. It was Rikki A. She is friends with Sarah G., one of my favorite Cast Members. It was great to meet her. I got to bed by 11:30 pm.

Met my friend Tina B., at Animal Kingdom. We were able to go on Flight of Passage twice. I saw Chett working the ride. It has been hard for me to get locked into the chair. I need to lose weight before I come in the future to ride. As we were leaving we ran into my friend Jessica and her “posse” for the trip. Great to see them one more time. Tina and I went on the Safari Tour. This was the first day, I was able to get a great shot of the 5-day old baby Hippo. Too cute.

We then went on Dinosaur. To me, the ride is too dark and is bumpier than Indiana Jones at Disneyland. We got to Epcot at 1:12 pm. We went on Test Track. Tina left to fly back to California after the 2nd time I got on the ride. Once I got back in line, the ride broke down. Some of the crew blamed me. I get this all the time at Racers. So why not here. While I waited for the ride to come back up, I went on Mission Space: Relaunch. The new green flys around the world instead of going to Mars. It was pretty cool.

I also went to visit with my new friend Rikki A., working at guests relations outside of Epcot.

I got back to Test Track and got 5 more rides to reach the 75 mark. I got photos with Justine, Andrea, Melissa, and Victoria. As I was walking out of the park I saw Rikki again and got a selfie with her. I took the boat to Hollywood Studios. I went there to see the Star Wars Fireworks. It was pretty good. I also got to see my friend Lindsay one more time. We got to visit for a little bit before the fireworks show. It was pretty good. 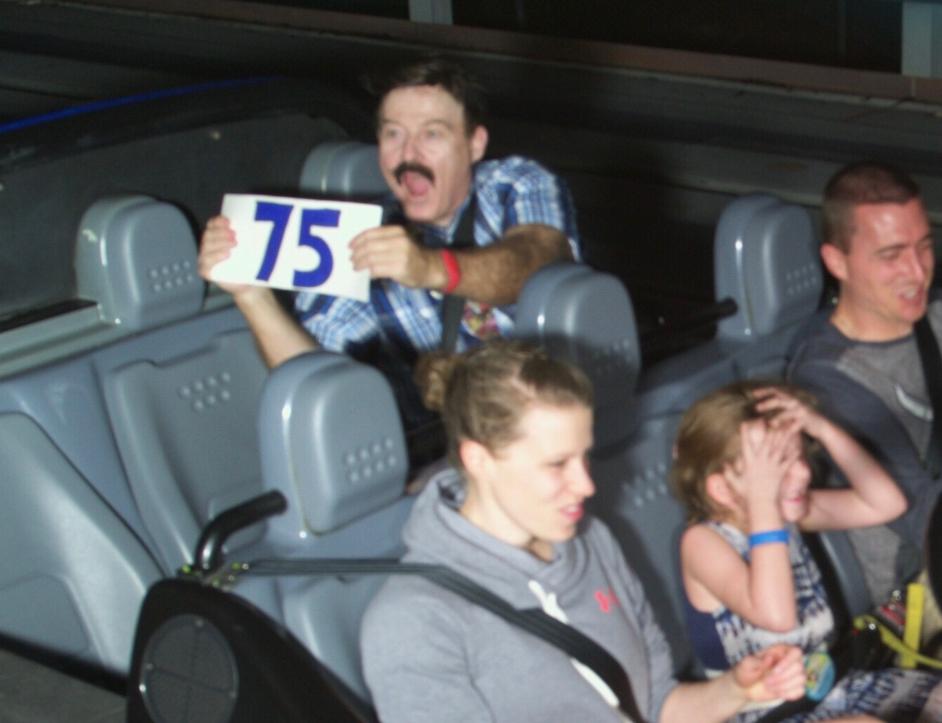 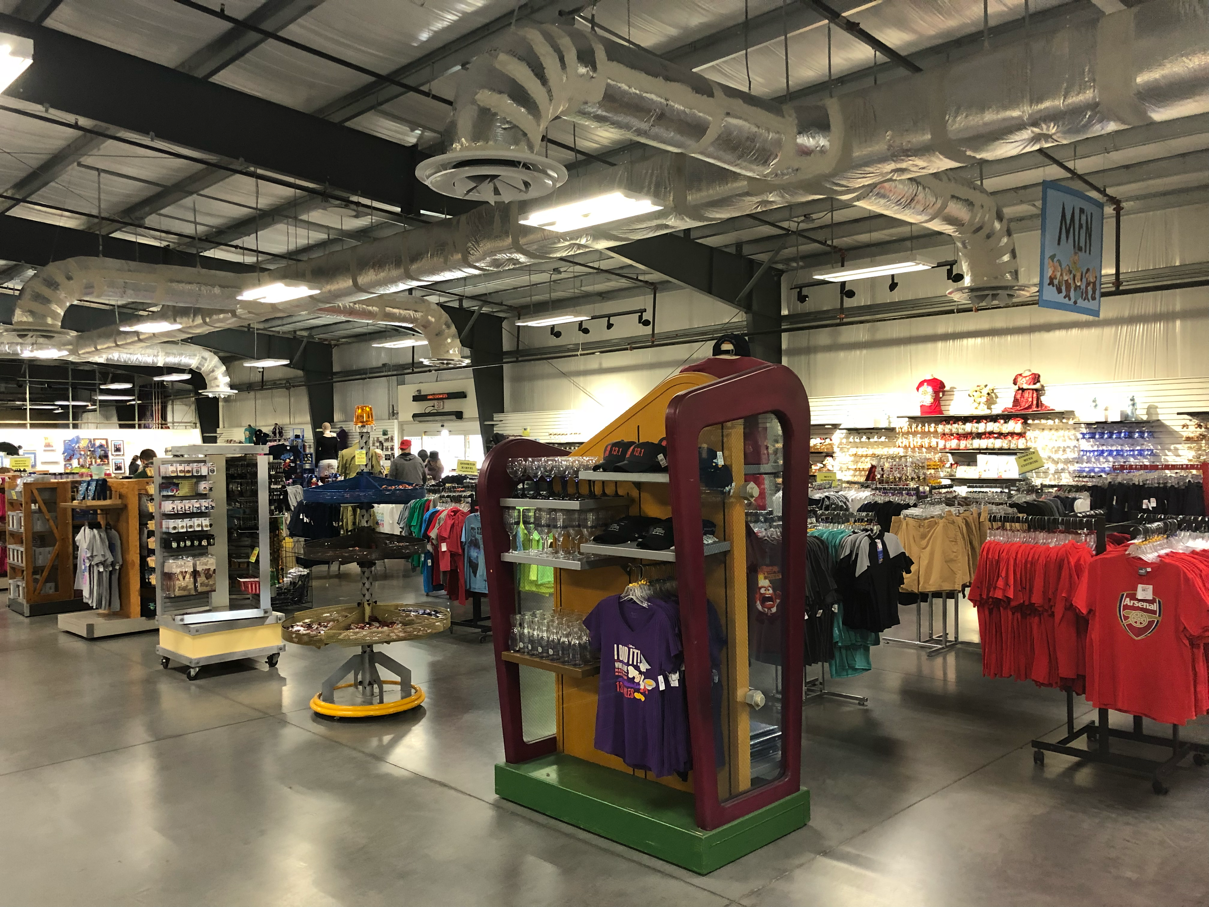 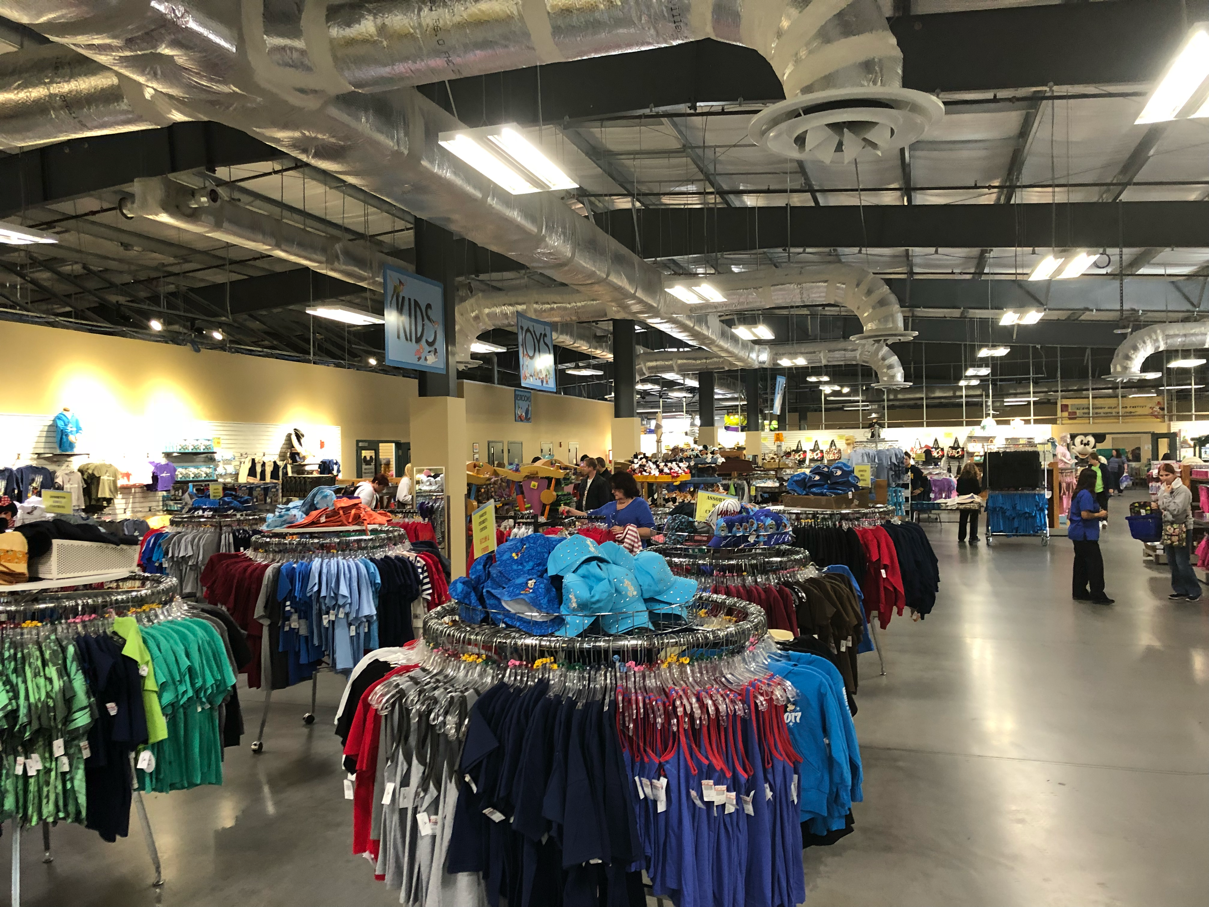 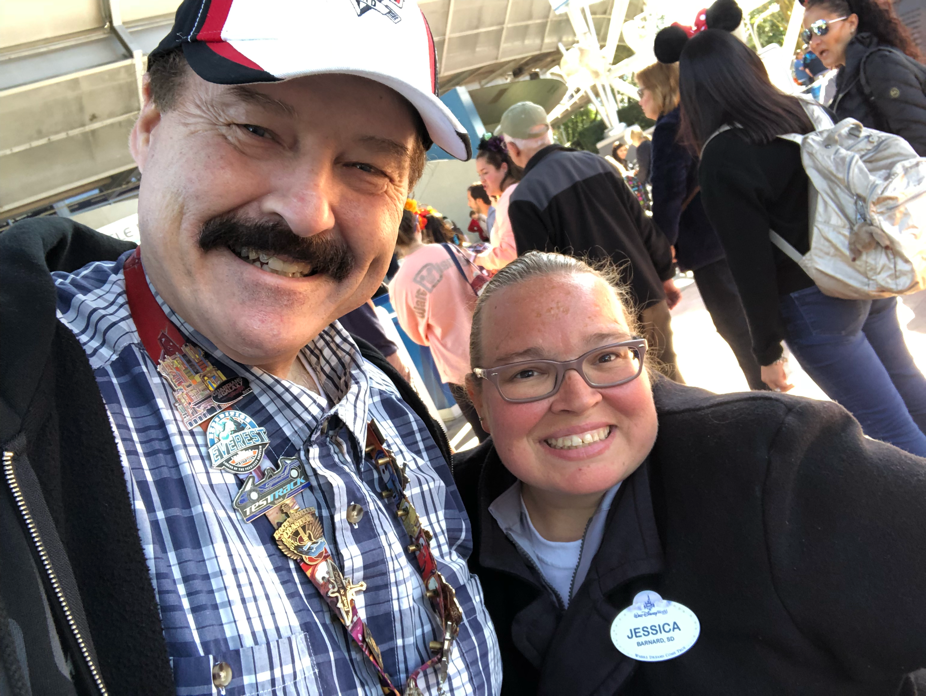 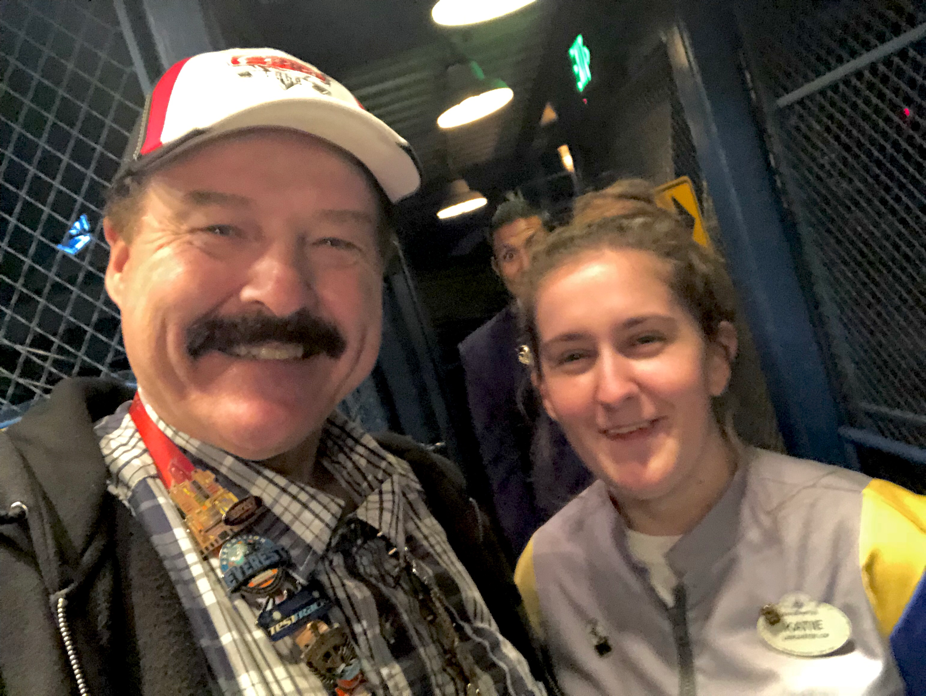 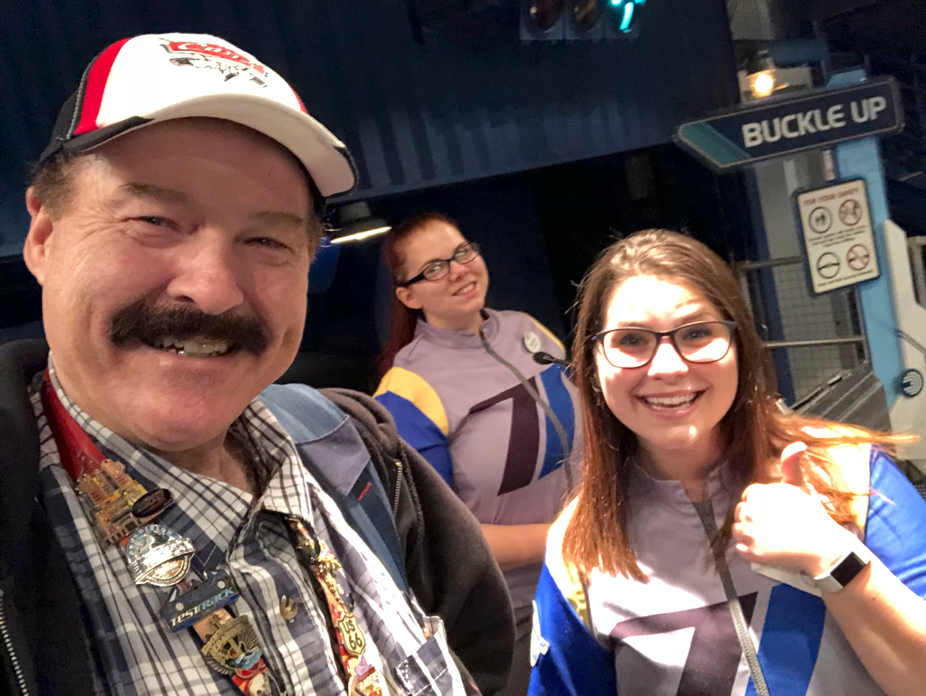 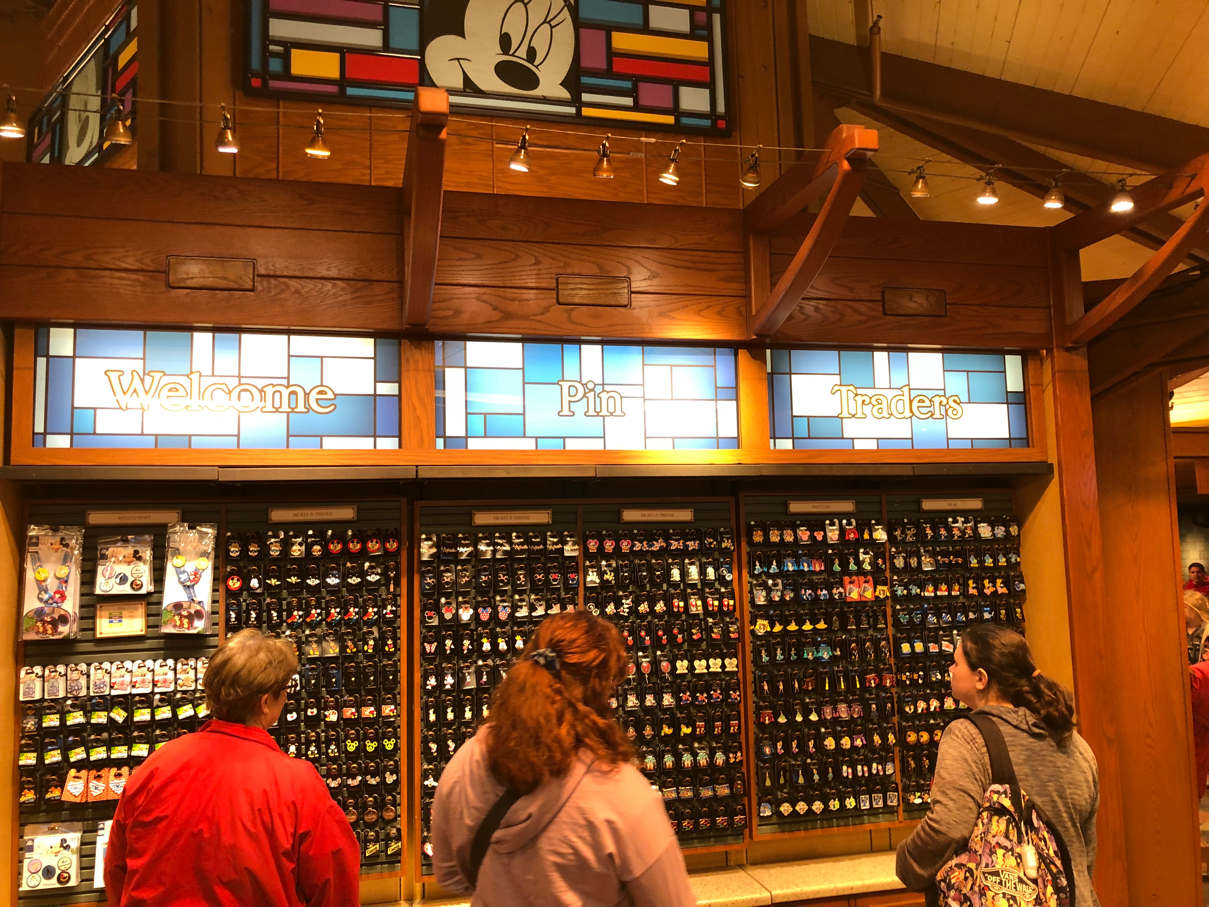 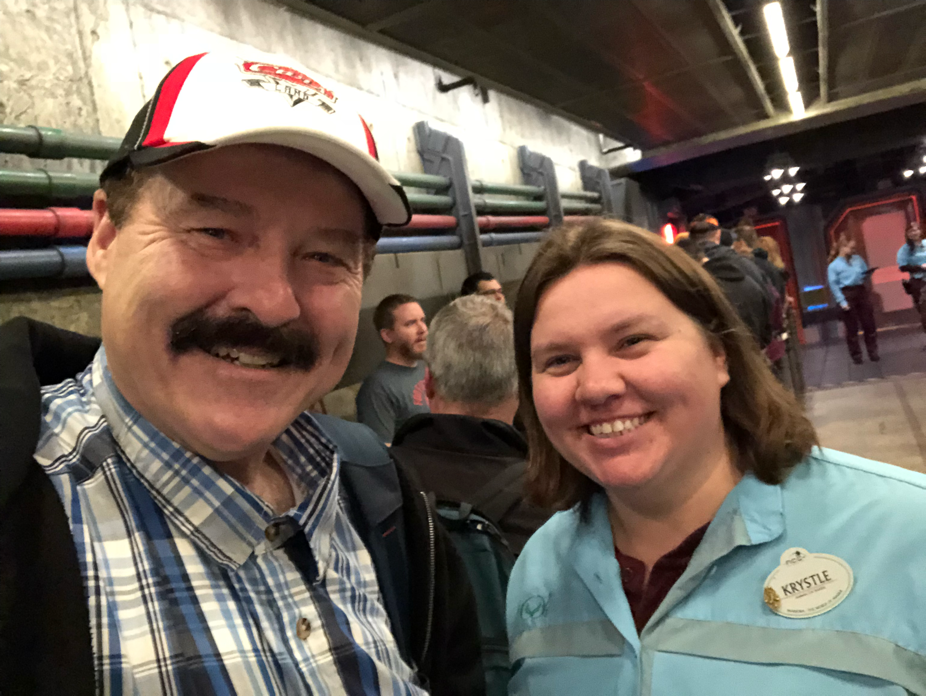 Me on far left holding my hand up 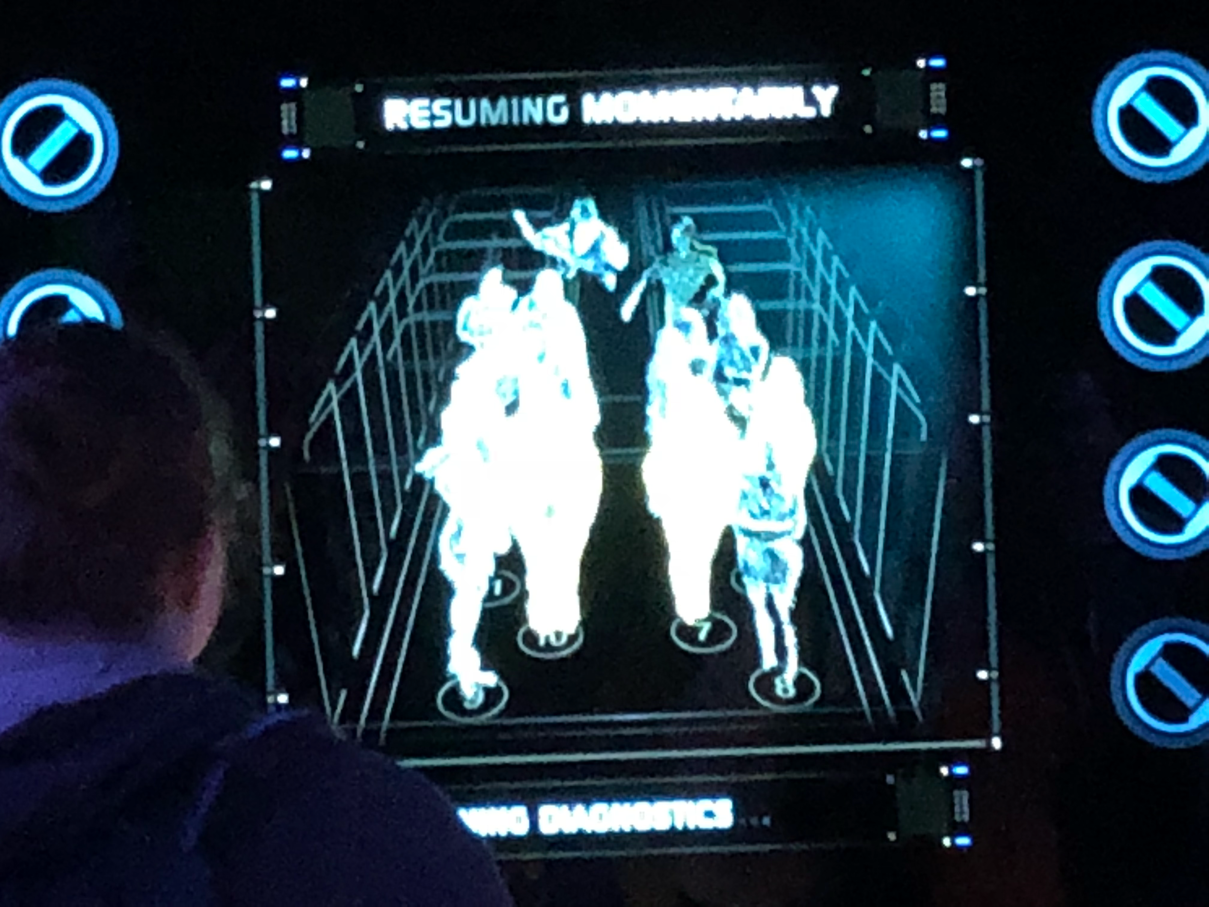 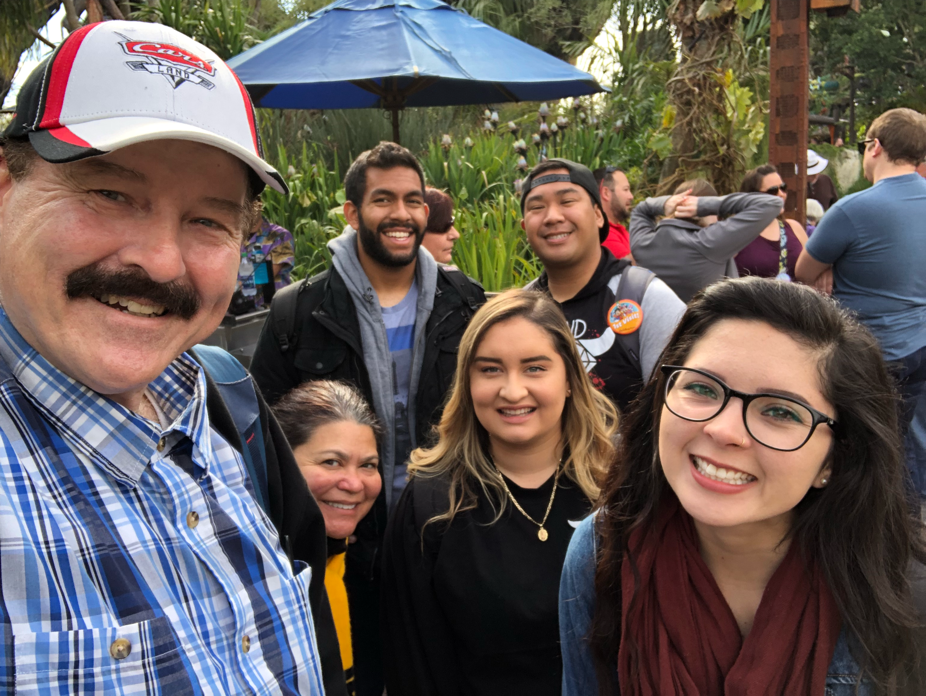 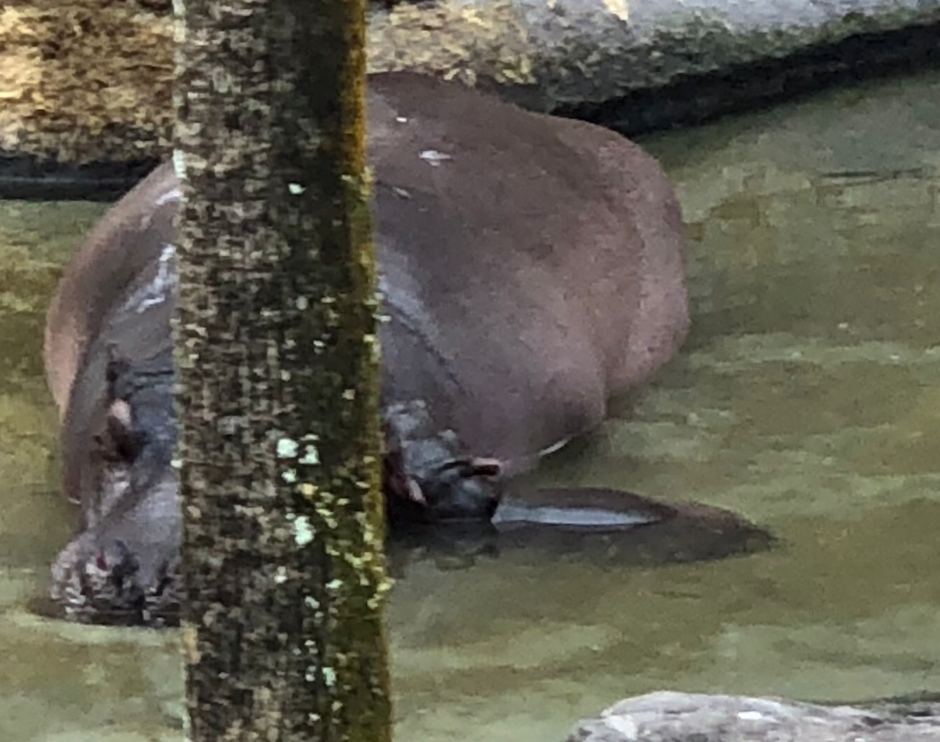 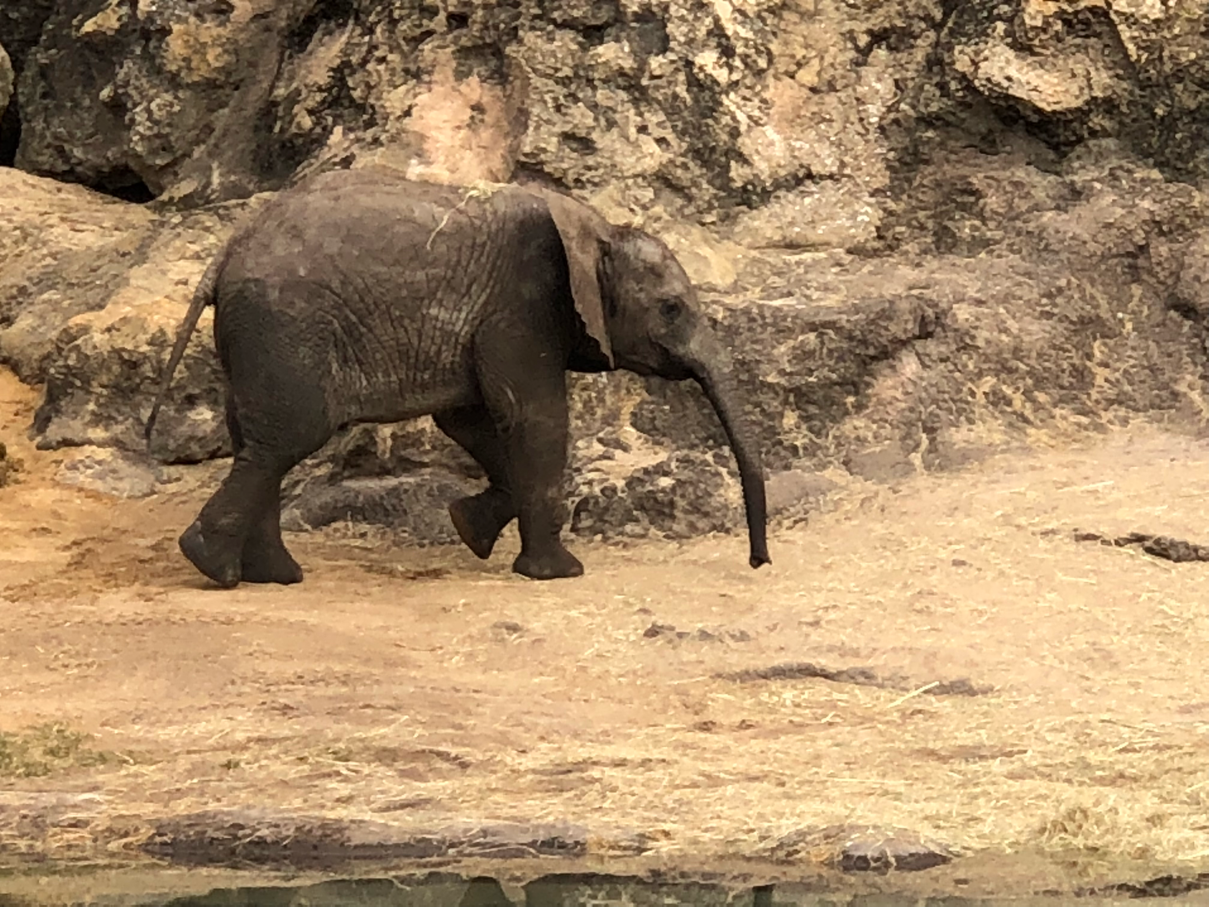 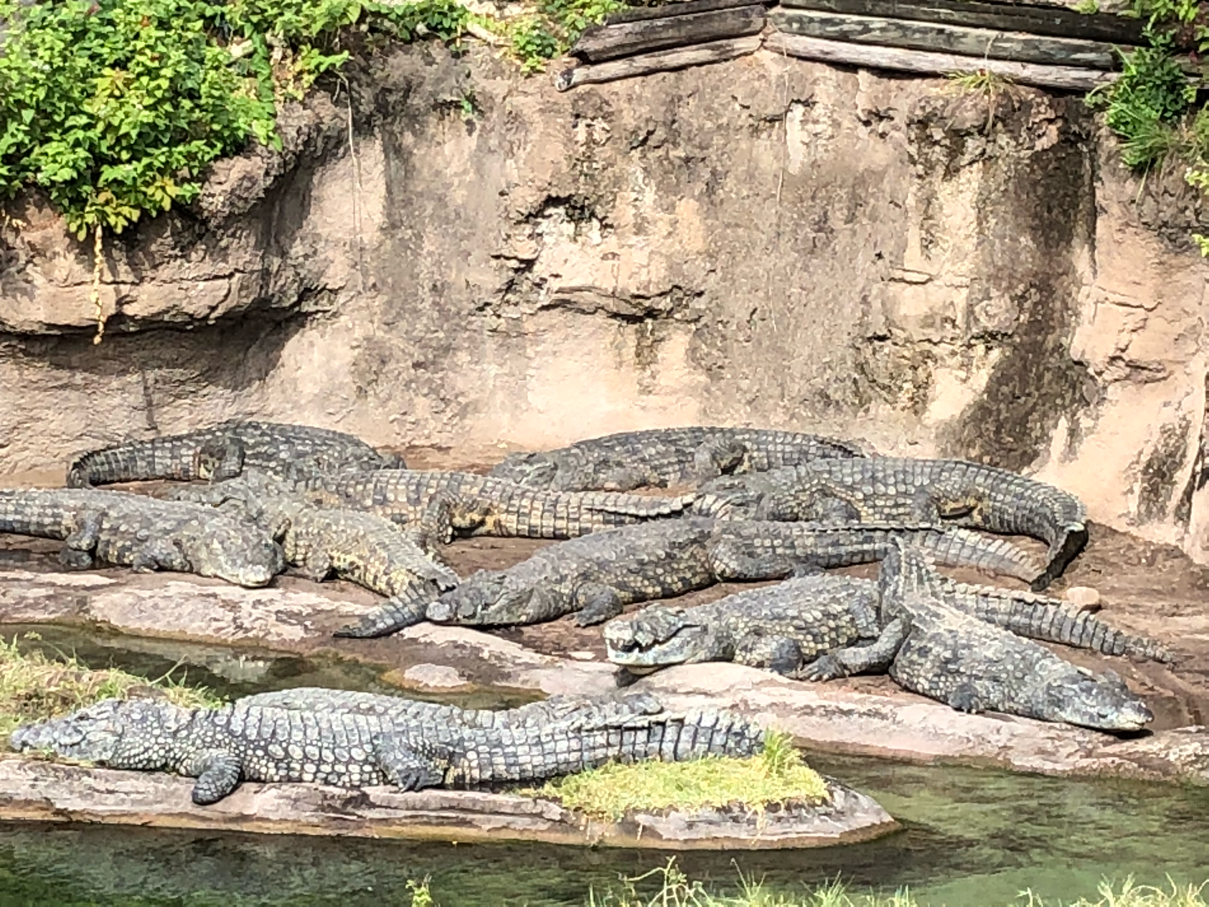 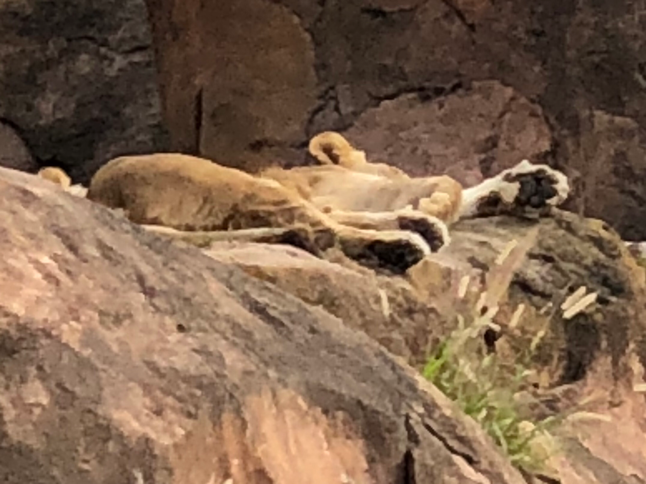 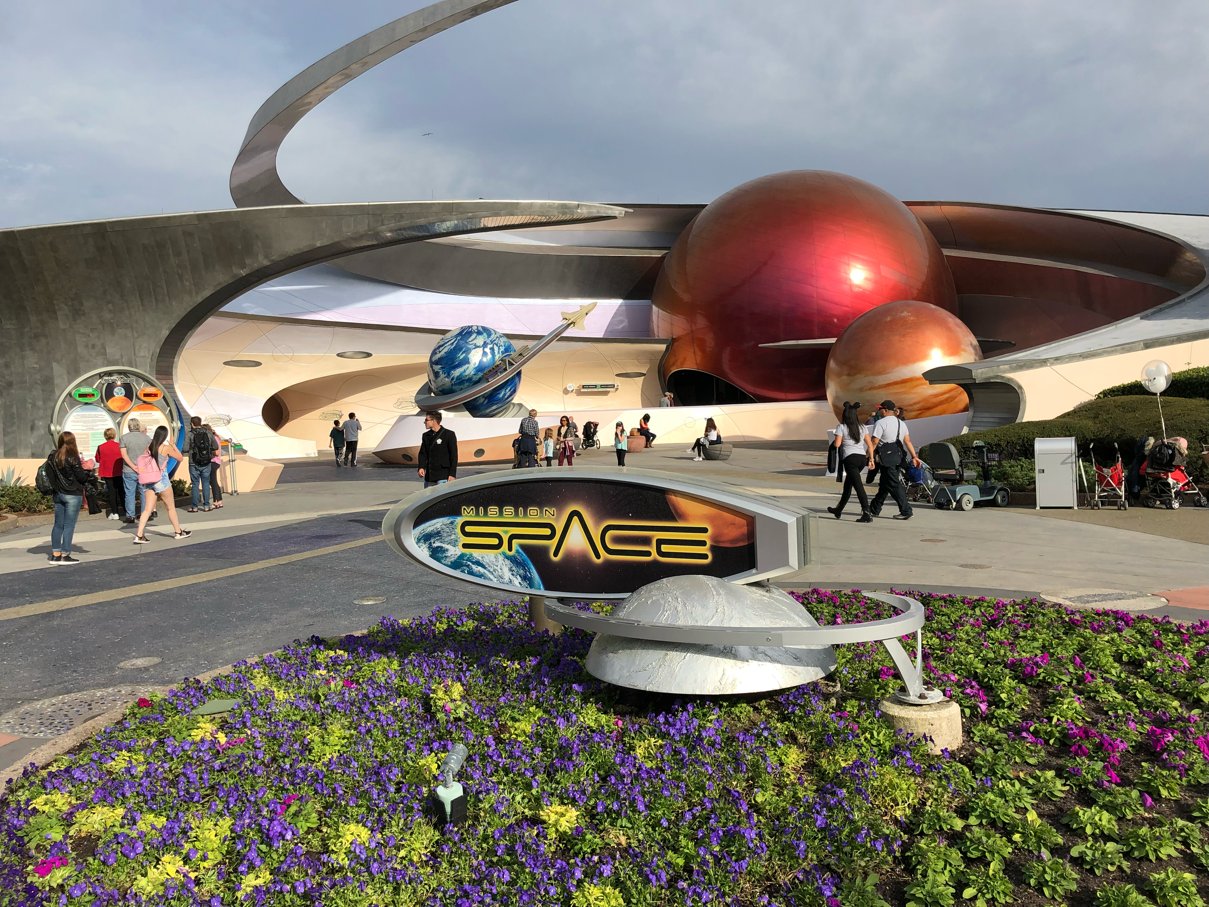 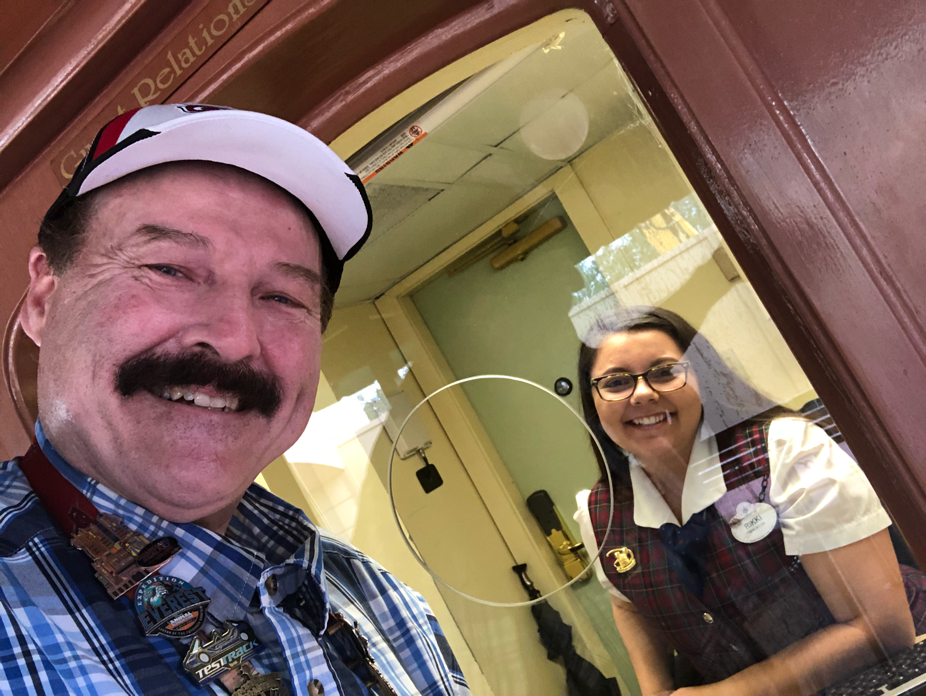 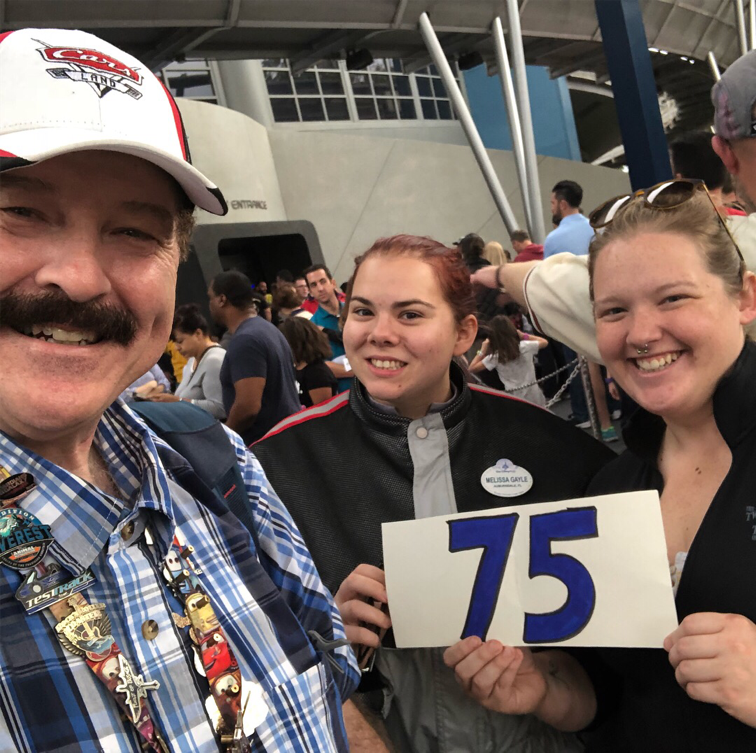 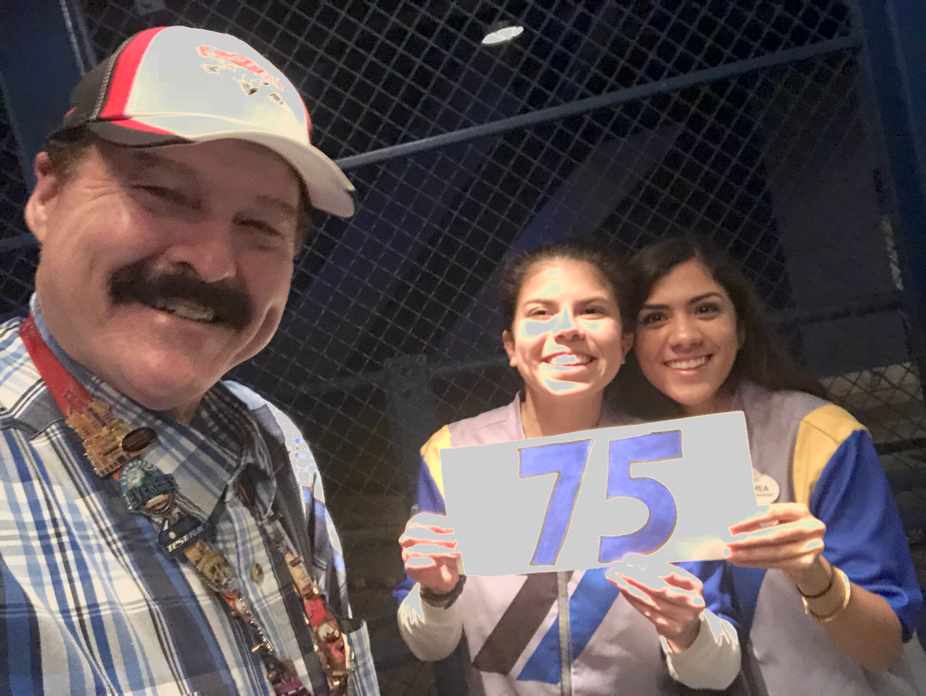 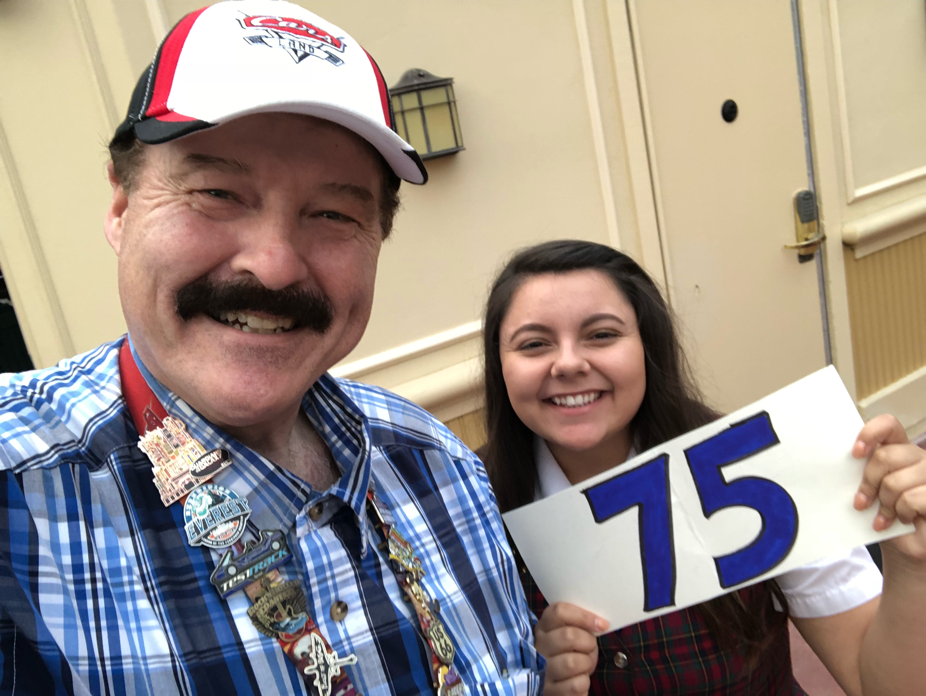 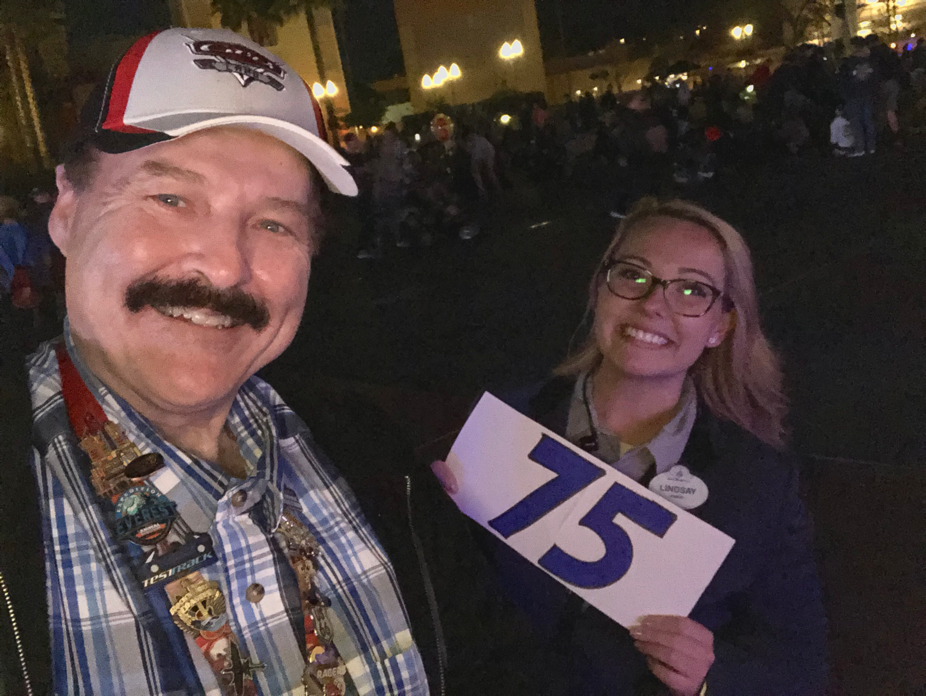