Woke up at 2 am this morning to get ready for the race. I drank my protein shake and taped up my feet and knees. I left for Disneyland before 3 am. Got to the parking lot before 3:30 am. I checked in my bag then waited for the race corral to open up. I was in the last corral and wanted to be in the front. They let us in at 4 am. My friend Angela came to join me up front. She did the 10K yesterday. We had to wait until almost 6 am for our race to start. Corral A started just after 5 am. It was already hot. The temperature was over 85 and humid. I had a cooling towel and bottled water.

We started out pretty good. Angela could not believe the big stride I have walking. I never jog. I’ve always walked in these races. She let me go at my pace. I saw her when I came out of the Alice bathroom. I walked with her a little bit. She was getting hot. Angela also had a cooling towel. They had water and Powerade stations every 2 miles or so. I always filled up my bottle with Powerade and poured the water on my head. And also got the cooling towel wet. At about mile 6 a spectator had a chest of ice. I got a few. Man, was that great. Just to have something cold.

I was slowing down as the miles went by. They had guys on bikes telling us how much we were ahead of the pace before they could kick us off the course. I was at 10 minutes, then 6 minutes. When I came out of Angel Stadium it was down to a minute. I noticed Angela got out of the stadium. Then they had to take her off the course for heat exhaustion.

I got a text from my friend Carlene asking where I was at. This was when I was just coming out of the stadium. I asked if she could bring me a cup of ice when I turned the corner at mile 11 by her apartment. Right before we crossed the bridge over the freeway, a nice lady was passing out small water bottles. And they were cold. That was great. I got to Carlene. She gave me the ice and rooted me on by saying “only 2 more miles”. I was too beat up to try and get a photo with her. I also got texts from my friends Tara and David. They were following me on the Run Disney tracker. They both said, “you’re almost there”. I was walking alongside the balloon lady. She was walking at a 16-minute mile pace.

And as I crossed the finish line I made sure to show the container that had the ice from Carlene. It really helped those last 2 miles.

It was a tough race. Very humid. The cooling towel did help. I even got water from sprinklers that were on along the course. I was glad when I was done. They gave us cold water, Powerade, a cooling towel, a box of goodies, bananas, and bags of ice.

Is there a race in the future? Tara posted about her and Carlene doing the Dumbo Double Dare 3 years ago. Then she said, she would love to do a race together in the future. I guess I might have to. But now I’m out to reach 10,000 rides on Racers.

The finish line with Carlene’s container 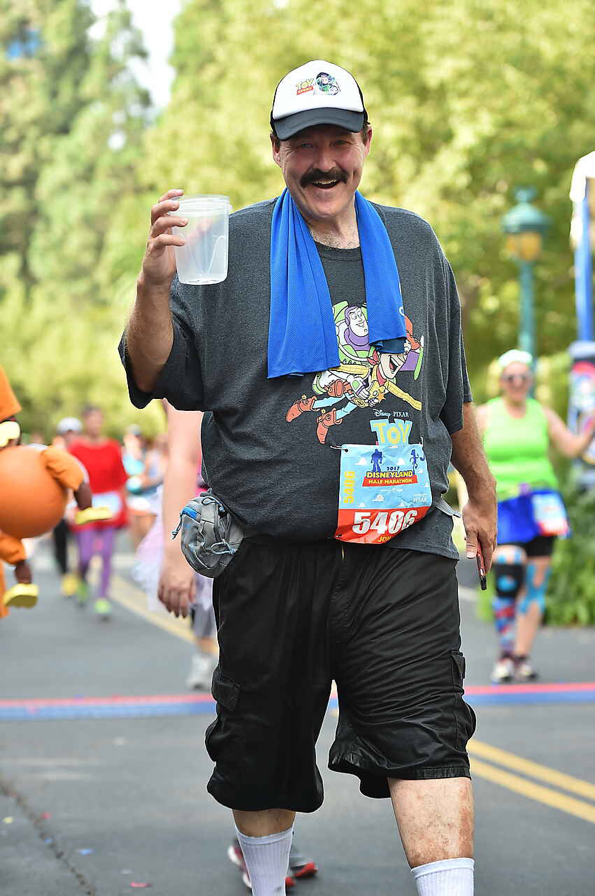 Coming out of the castle 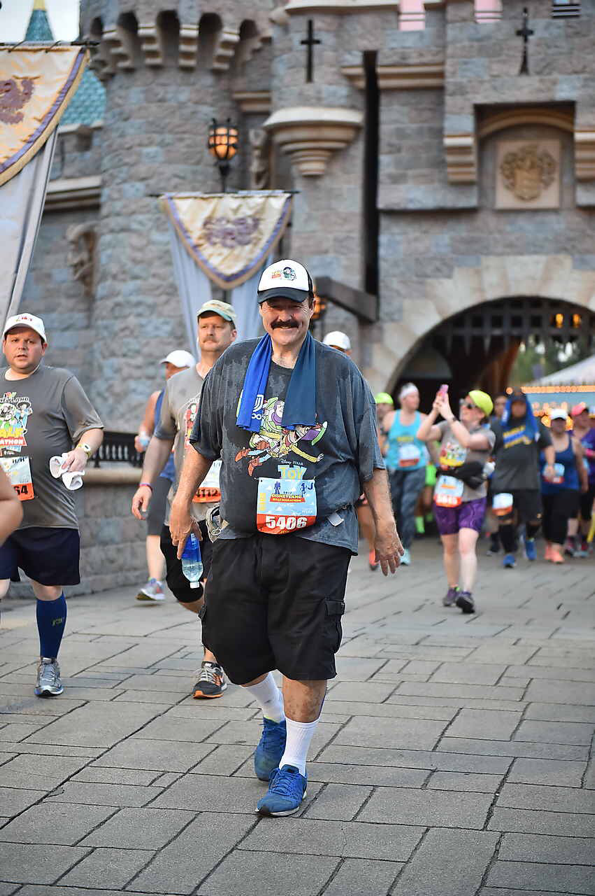 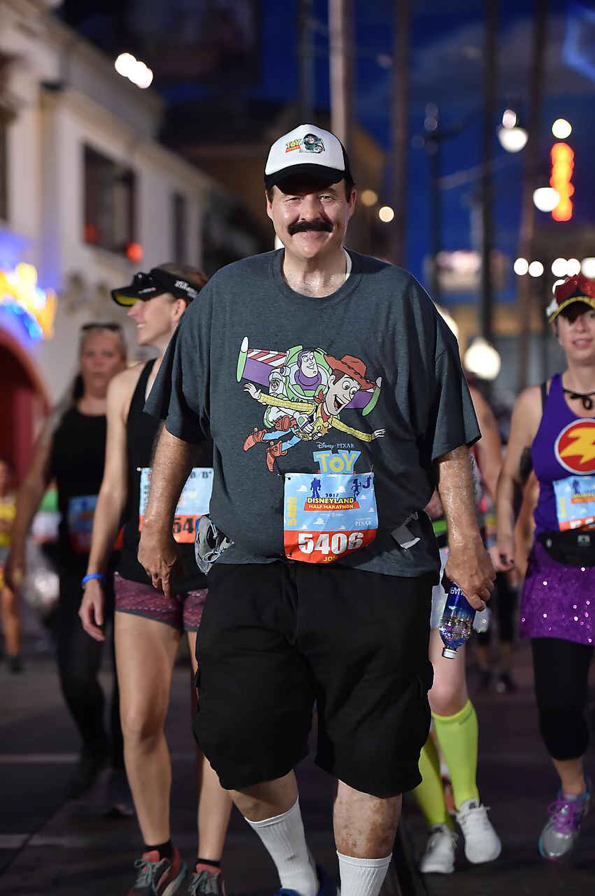 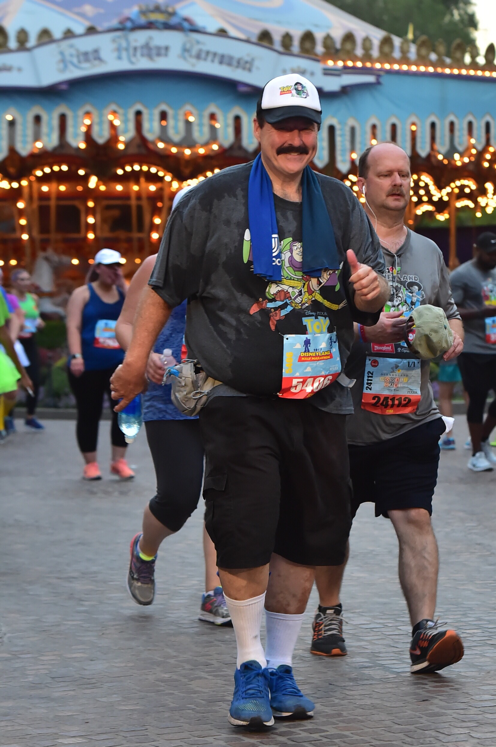 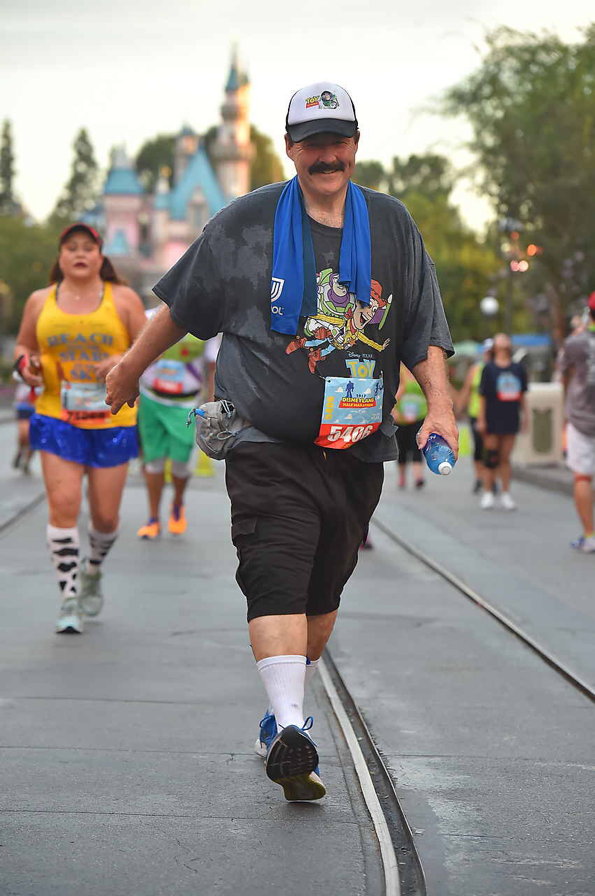 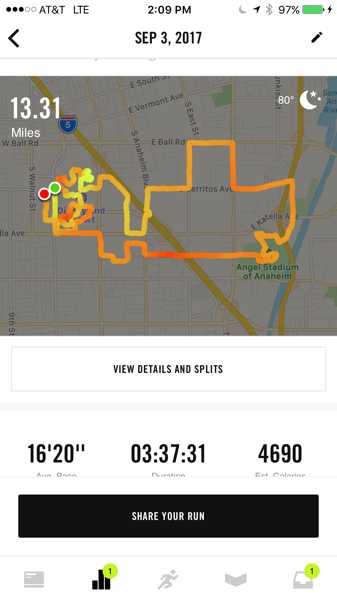 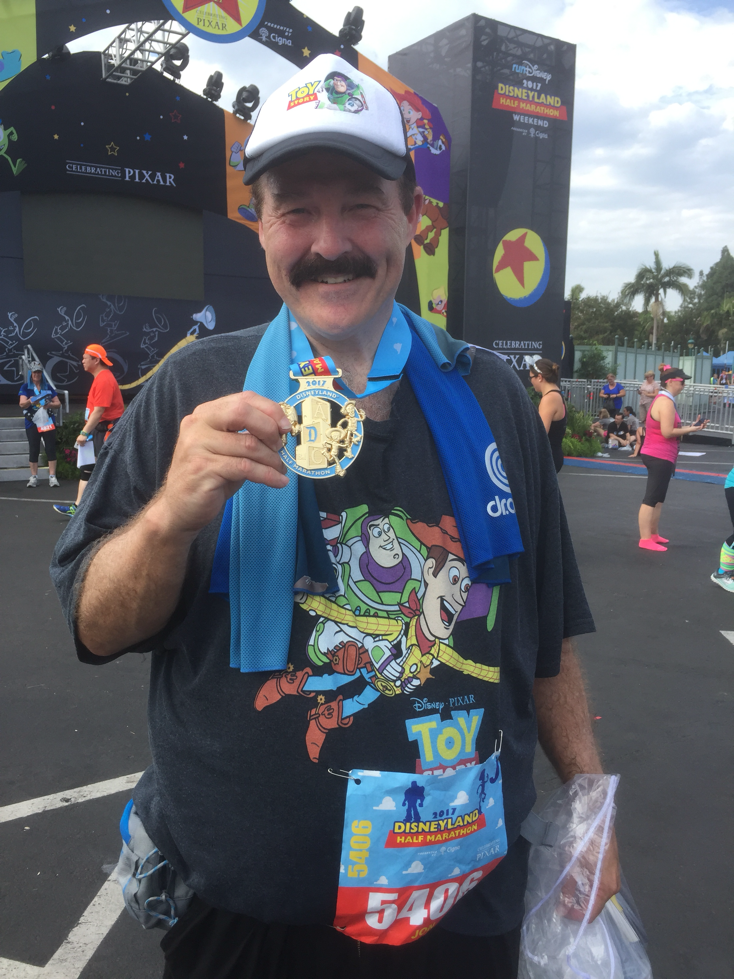 Angela before the race 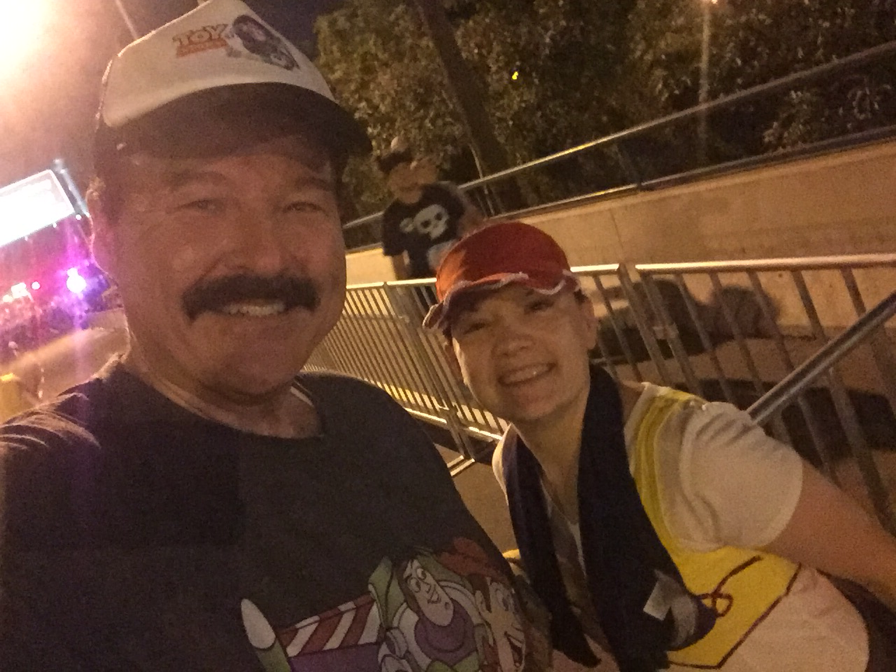